Growing a seed of hope in Argentina 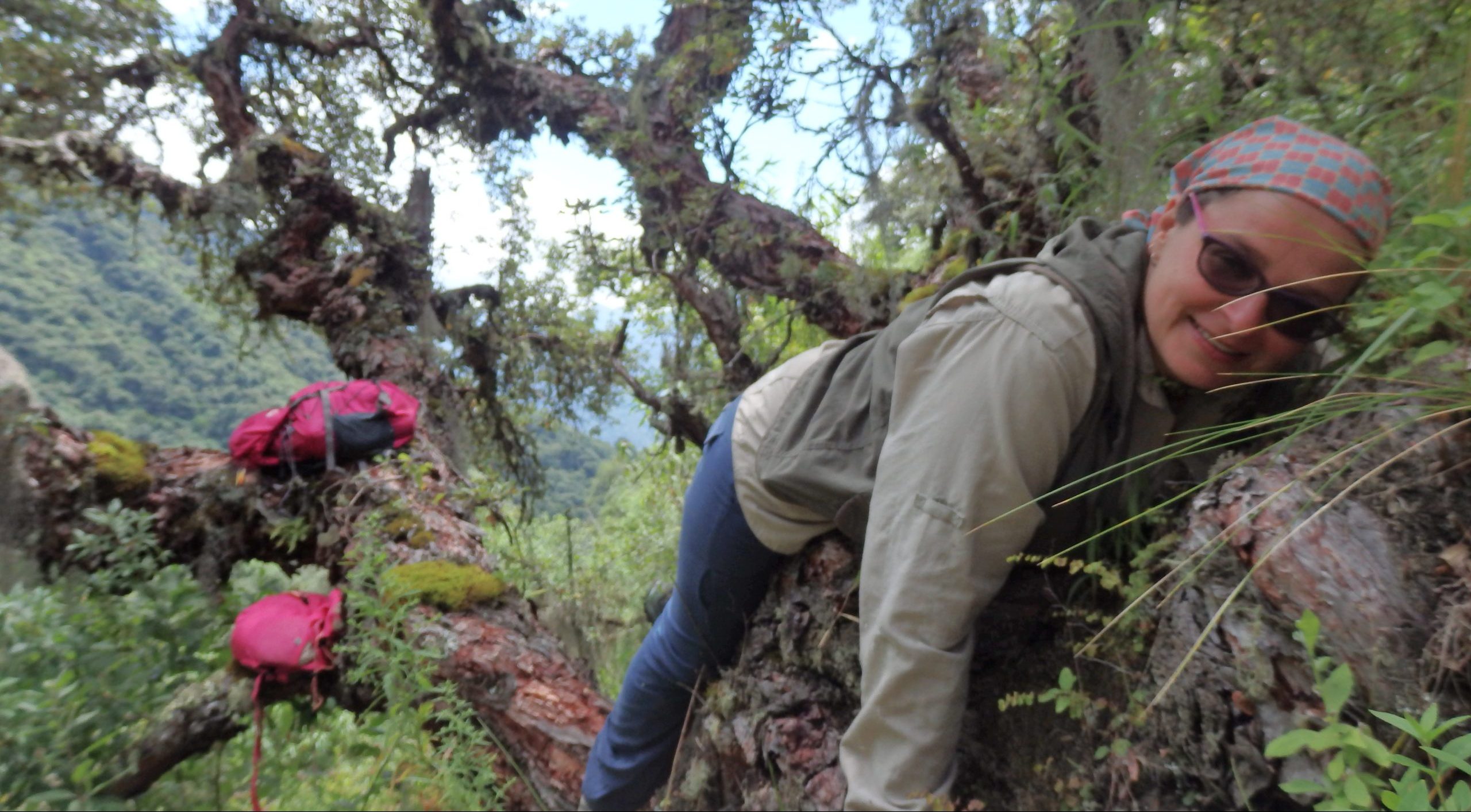 Migrating from Belgium to Argentina as an exchange student at the age of 18, it wasn’t long before Erica Cuyckens fell in love with the country’s impressive natural heritage. She eventually went on to pursue a PhD on the distribution of threatened Argentine wild cats and decided to make the country her permanent home.

In 2010, she received a CLP Future Conservationist Award (worth $12,300) to support her research and community outreach work in Yungas, northwest Argentina, focused on conserving the rare and understudied little spotted cat (otherwise known as the northern tiger cat – Leopardus tigrinus).

Ten years later, Erica has now completely changed her focus from felines to threatened queñoa trees (Polylepis spp.), a group of plants endemic to the Andes found at the highest altitudes on Earth. Below she explains what drove her to make this career change and why she’s never regretted the decision, despite the challenges she’s faced along the way. 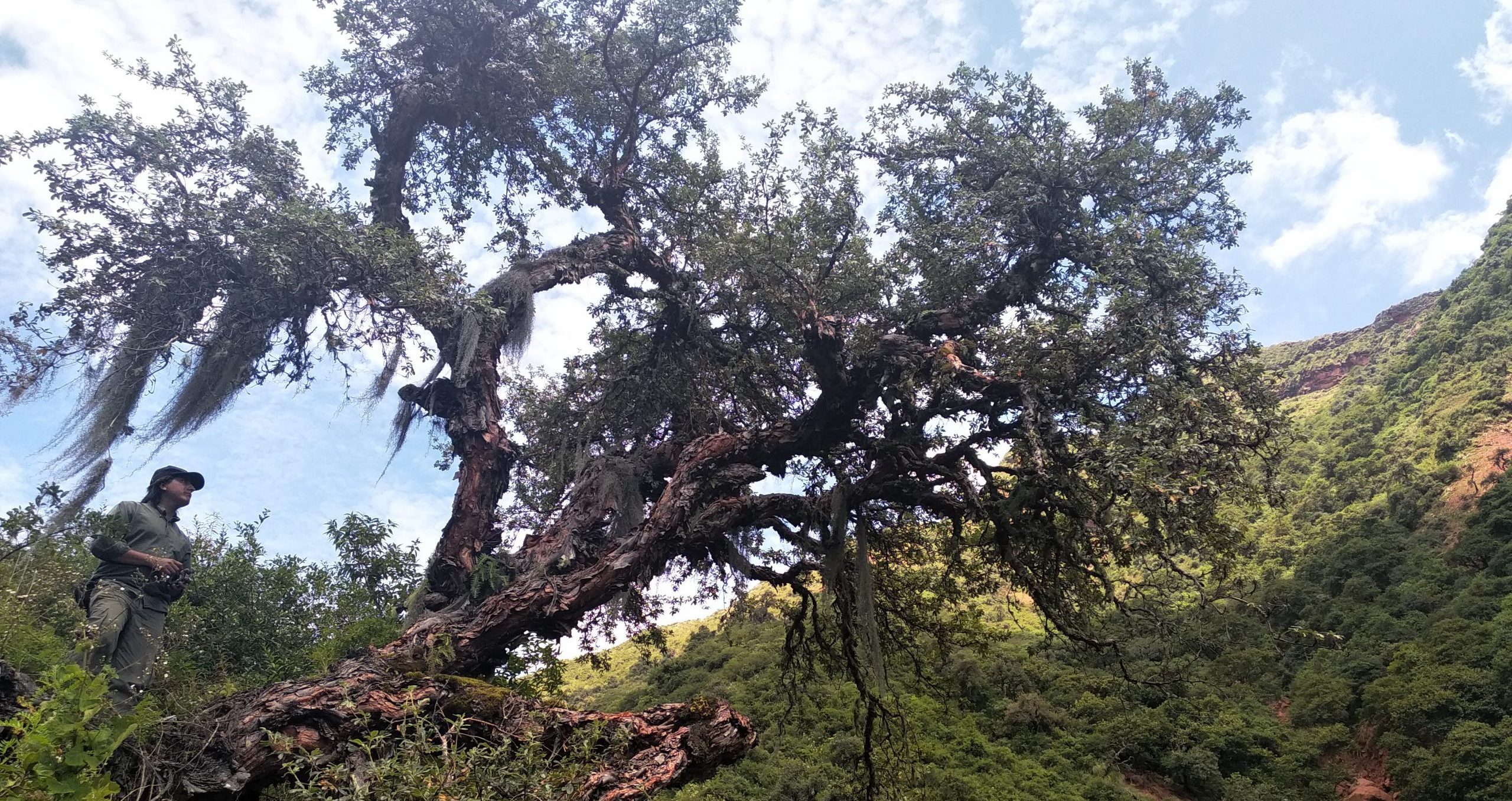 Who inspired you to work in conservation?

My late grandfather has been a source of inspiration for me since I was 10 years old. I grew up in Belgium, in a suburban area of a provincial capital city with hardly any green spaces, but we escaped to the countryside for two months each summer to stay near my grandfather’s house. Here I passed the best time of my life between cornfields, cows, grass, pine trees and bumblebees.

My grandfather was a retired plumber but had a deep knowledge about nature and forest sustainability. He was always worried about forest conservation and read widely about the topic in scientific journals. He owned a very small area of pine forest and near the end of his life he was trying to convert it to a native deciduous forest. I ended up dedicating my undergraduate degree thesis to him. 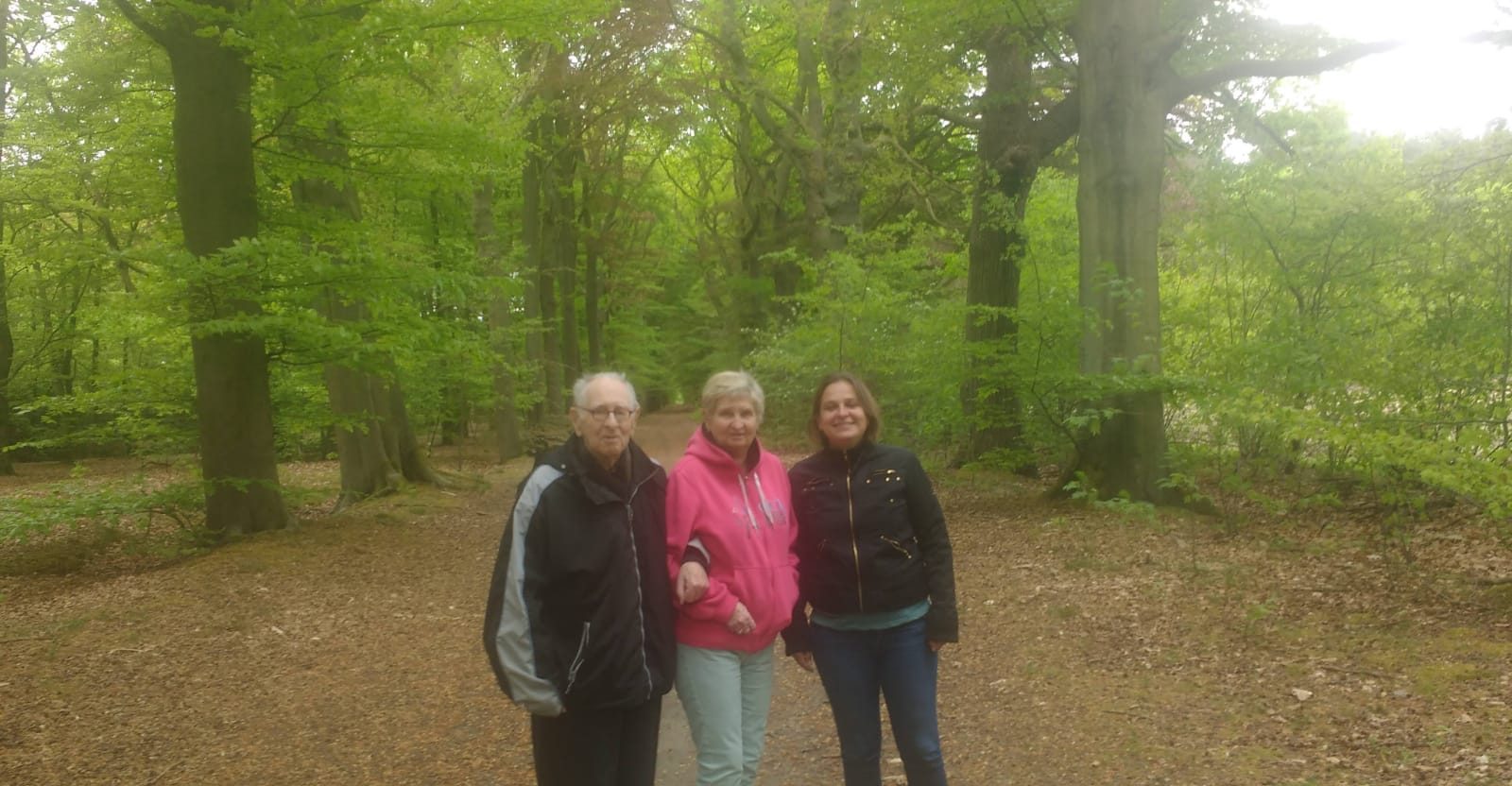 Erica (right) and her mother with Erica's late grandfather, who inspired her to pursue a career in conservation © Jan Cuyckens

What were the main aims and outcomes of your CLP project?

When I started my CLP project in 2010, at that time, only seven records were known for the little spotted cat in northwest Argentina, so we set out to fill in the many knowledge gaps that existed. We surveyed the species in the Yungas, a region in the extreme northwest of Argentina next to the border with Bolivia.

We successfully identified suitable habitats and a “risk map” of areas where the species would be affected by human land use, as well as recorded more sightings for this species in the area. Nevertheless, we didn’t find the species anywhere in Acambuco Reserve and this evidence confirmed that it was the rarest species in Yungas and that it had the smallest distribution range compared to other felids found in northwest Argentina.

The species is now reduced to very few places at the lowest altitudes of Yungas where, unfortunately for the little spotted cat, most of the natural habitat is being lost (only 10% remains). So the species still needs urgent protection. 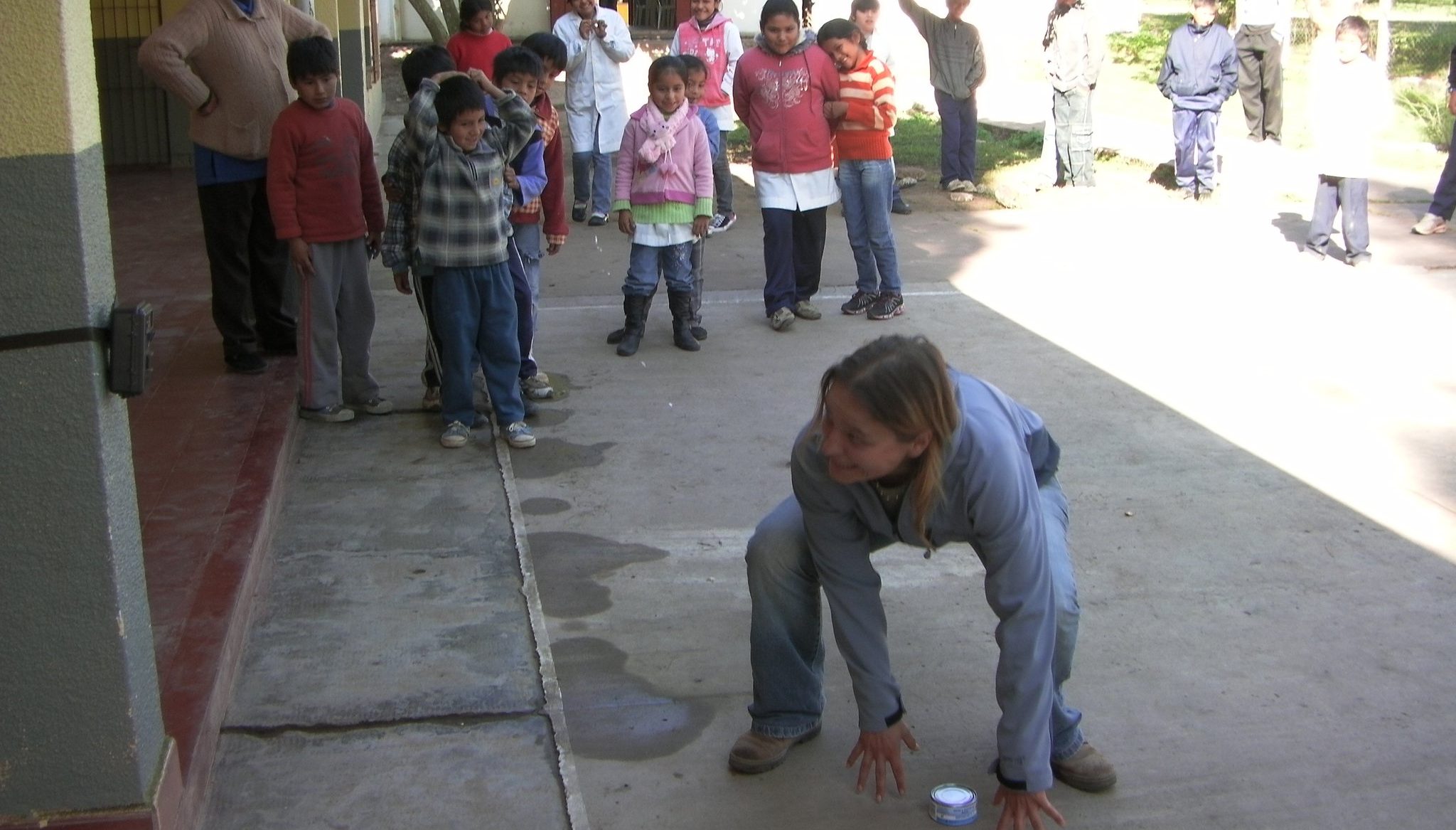 How has your career and conservation focus changed since your CLP project?

A lot has happened! A while after my PhD and post-doctoral work on the native mammals of Yungas, I took a turn in life and started to concentrate on queñoa trees.

I was coming back to an old love: after my undergraduate degree, my first job was as an intern working on the distribution of queñoa trees in the Laboratory of Ecological Investigation in Yungas (LIEY Tucuman, Argentina). This internship was as if a seed had been sown but germinated belatedly (as a queñoa seed would!)

Did you come across any challenges as you transitioned from felids to trees?

The first challenge was that my employer wasn’t very happy about this transition. So, I almost went back to felids. But, on a personal level, I needed some changes. I wanted to work with new people and change my working environment.

The second challenge was more academic; that is, having to read up on a topic I hadn’t studied for seven years and be able to relate to colleagues working on it. But I overcame these challenges as at that moment I felt very courageous and motivated.

A third, big challenge is the difficulty getting funded. As felids are very charismatic and beautiful animals, I never had problems getting grants so I was surprised when this did not happen for queñoa trees! 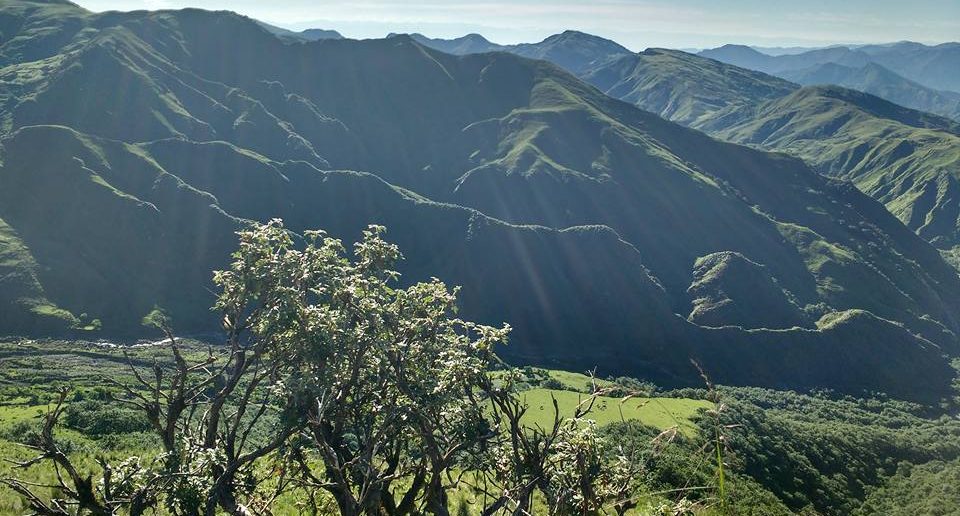 What motivated you to make the change?

There was a political moment, an opportunity. Argentina’s political panorama needed scientific input on forest ecology. The authorities were voting to ensure that the National Forest Law established forest conservation management opportunities.

I had already held an internship working with queñoa trees, so I knew that there was very little information available and a lack of knowledge on the genus, especially in northwest Argentina. Scientific information had to be urgently generated and made available for decision-makers, and information on their conservation status had to be updated. One thing was for sure: these species had to be included in the National Forest Law.

What’s more, when working with felines, they were so rare that I could never actually SEE my study object, which could be somewhat frustrating sometimes. Instead, trees you can see, touch, embrace and measure! So, here I am, working with queñoa trees and I never regretted it!

Why does your conservation work primarily focus on queñoa trees?

Queñoa trees are endemic to the Andes from Venezuela to northern Chile and the centre of Argentina. They are very important because they help regulate water cycles and avoid erosion in areas where erosion can completely eliminate the fertile soil.

The northwest of Argentina harbours five species and is therefore a hotspot for the polylepis genus. Recently we performed an intensive review of what is known about these species, and the information is very scarce. In the high-Andes and Puna, it is the only tree species present and therefore holds a lot of cultural importance for local communities and their identities. The tree is very easy to recognize as it has curly branches and its bark as multiple brown-reddish fine layers.

As it grows high in the highest mountain areas, our surveys would always involve a climb and a beautiful view as a reward – or as I call it: “a Tree with a View”. This tree is very beautiful and represents great strength by growing in dry harsh environments, resisting wind, cold, and intense sun rays. Visiting the places where the tree grows always allows me to meet new local communities with whom I make profound friendship relations that make me want to go back to the field whenever I can. 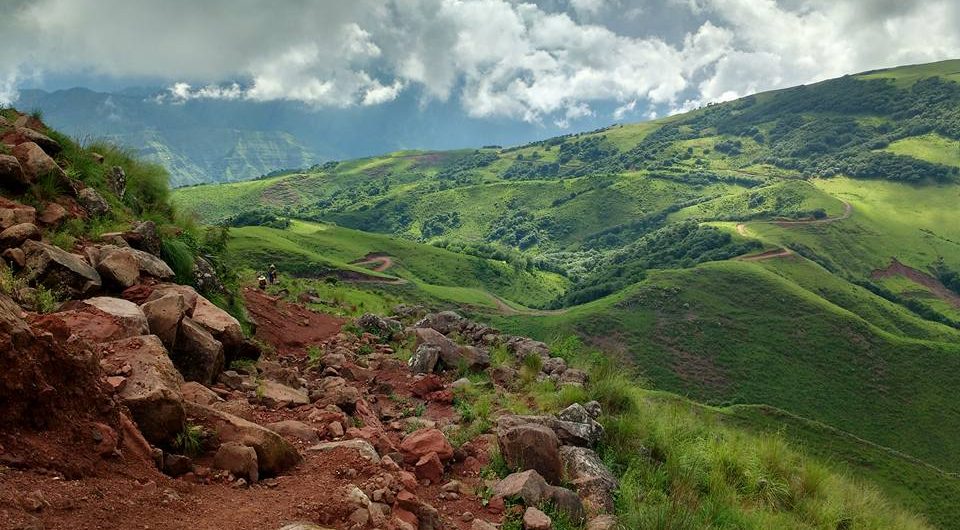 Do you have a stand out memory from your work in the field?

I always remember times from when I was working on a jaguar conservation project. We would often walk very long distances to interview informants about jaguar hunting. On some occasions, people confessed to hunting jaguars and some even still had the skin, although it is totally forbidden in Argentina.

Seeing the skin of a dead jaguar was something that really affected me emotionally and even wanted to make me cry. It was always a difficult challenge explaining to cattle-owners that jaguar hunting is forbidden in Argentina. They hated jaguars as they attack calves. But, at the same time, those people were the most generous people I had ever met. They always offered us something to eat for our long walks, and taught us about their perception of time and nature, which is not linear as in most western societies, but circular. So, the year “goes and then comes back”.

How has being part of the CLP Alumni Network helped you in your career so far?

I have been able to participate in several helpful professional training courses thanks to CLP!! The first was “Writing for Conservation” in Colombia. The teachers, the place, my colleagues – everything really – were a hit and really helped me to communicate my research results (as well as how to stretch when doing a lot of computer work!)

The course encouraged me to publish in high-quality scientific conservation journals as lead author and not to depend on others to take the initiative. Ten years later, this course is still helping me as we are about to publish an article in a special issue in Oryx—The International Journal of Conservation. The special issue will comprise articles written by trainees who have attended CLP’s “Writing for Conservation” training. 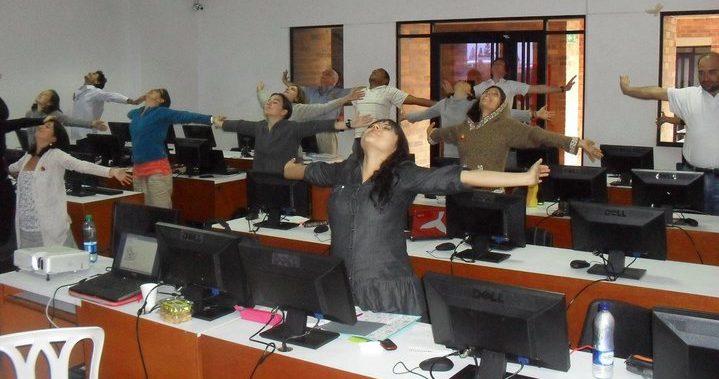 After our CLP project in 2010, some of us participated in other courses, including “Fundamentals of Statistics and Experimental Design for Monitoring and Conservation Modelling”, and, more recently, “Creative Leadership for Conservation”, which encouraged us to start leading. I took the advice on board and soon had my first PhD student!

Ten years after my CLP award, I am still gaining benefits from being part of the Alumni Network. I recently received an Online Learning Grant for CLP alumni to participate in an online course: “Managing Ecological Data in R: Introduction to Data Science and the Art of Wrangling for Ecologists”. During the course, I learned a lot about how to use different tools in R, which will allow me to improve how I organise my data (and therefore save me time in the long run!)

In your career to date, what has been one of the biggest challenges you've faced and the most rewarding success?

I think the biggest difficulties for me were being a stranger and a woman, studying and working as a migrant. There were times when I faced prejudice like, “what would she know, she wasn’t born here.” But I now know that I visited more places than some locals of the big cities!

Also, being a woman in a region where sexism is still widespread, there were often times I would hear something like, “you will never get up that hill, less even because you’re a little girl.”

Contrary to this, my biggest reward is always to teach young children and to convince local people to conserve species whether it’s wild cats or queñoa trees.

What’s next for you?

I’m so glad you asked! At this very moment a lot is going in the area of queñoa tree conservation. On the one hand, for the first time, a group of young students is starting their own independent project on Polylepis ecology.

On the other hand, recently I was invited by a local community of the Puna of Jujuy to set up a reforestation project. So, we are now gathering and sowing the first Polylepis tomentella seeds and searching for grants. This could probably be the biggest challenge of my career, but it’s already very satisfying. Working with local communities is very beautiful and it fills my heart with pride that they trust me and invited me to work with them, and that they are worried about conservation and reforestation.

What advice would you give to early-career conservationists?

Never give up and ALWAYS do exactly what you want, even it's more difficult or takes longer. Passion is vital in this job! Take your time to know your study object, the places you will work, and most of all: the people that live there and who should take over from you to continue your work.

Never give up and ALWAYS do exactly what you want, even it's more difficult or takes longer. Passion is vital in this job! 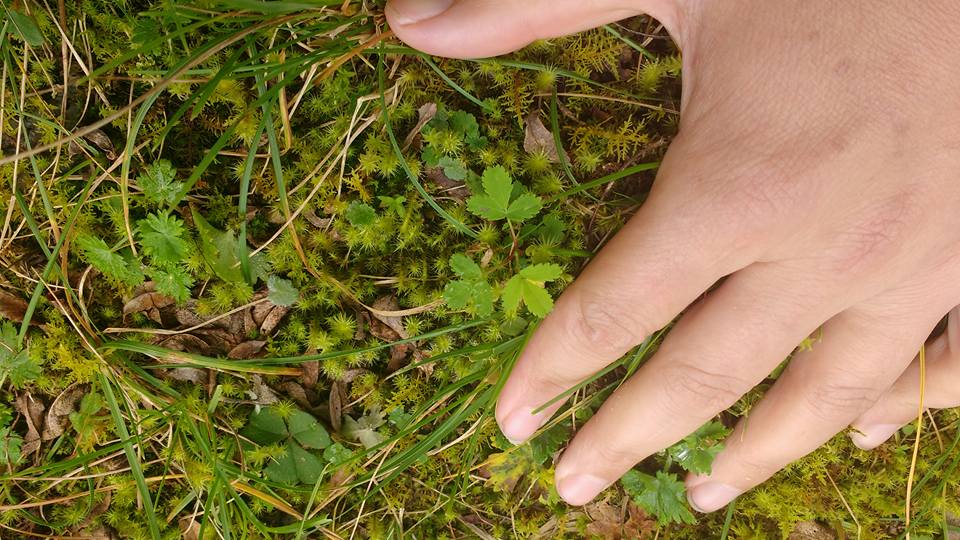