Approaching Issues from all angles 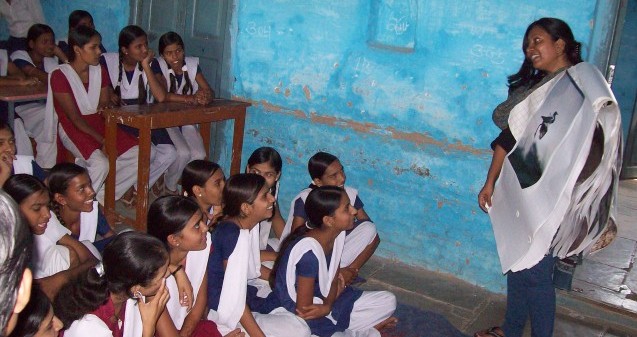 Supriya Jhunjhunwala is Advisor on a GIZ (German Development Cooperation) project for the Conservation and Sustainable Management of Existing and Potential Coastal and Marine Protected Areas in India. Here she tells us about her experience of working with communities to protect the Endangered Lesser Florican and the steps she has taken to help accomplish her ambitions.

My association with CLP began in 2008 when a colleague working with me at the Centre for Environment Education told me about the CLP Conservation Team Awards. We applied for a Future Conservationist Award to build community support to conserve the Endangered Lesser Florican, a bird which is endemic to India, and our application was accepted!

The award not only gave us important project funding, but also ratified the conservation work we were doing, infused the team with new enthusiasm and renewed our self-belief. The project was very challenging – particularly because the Lesser Florican is a widely dispersed species and it can be disheartening to see numbers plummet in local areas, but our first project was a success and local community sightings of the species in our project areas increased by over 270%!

CLP project funding was just the tip on the iceberg in terms of the support we got….In 2008, I attended the CLP’s Conservation Management & Leadership Training Workshop which taught me essential skills like strategic planning, project management and public relations which I continue to use. After the workshop I attended the Society for Conservation Biology (SCB) annual conference - an opportunity to network with other CLP award winners and gain exposure to cutting edge conservationists from across the world. All this facilitated a quantum leap in perspective for me personally and opened up a new world of possibilities. When we were granted a CLP Follow-up Award in 2010 to continue our work, another team member was also able to attend the CLP workshop and SCB meeting.

The CLP award and training factored heavily in my selection as a Chevening Gurukul Scholar to undertake a Diploma in Leadership and Excellence at the London School of Economics in 2008. I was the first wildlife biologist to get selected for this course! This exposure gave me the courage to follow my convictions and start a not-for-profit organization, The ARK Foundation, which was established in 2011 to help increase community support for the conservation of threatened species outside protected areas.

Starting and maintaining an NGO can be a struggle and I knew that I had to build a whole new set of skills so I applied for a scholarship to study the MPhil in Conservation Leadership at the University of Cambridge. My application was accepted and after several months of taught modules and a completion of a project placement I graduated in 2012. Thankfully, CLP supported my travel to the UK through a CLP Alumni Travel Grant, and I am grateful that a member of the CLP Executive Committee wrote me a personal reference to support my application.

Currently, besides my present role which focuses on communities and the conservation of coastal and marine environments, I still oversee Lesser Florican conservation work and our team - which includes Anirban Dutta Gupta, Samita Rajora, Rajendra Singh Rathore, Khima Mailda and Jolly Jain - were all involved in the production of a music video which went viral on YouTube and has now been viewed over 60,000 times!

Seeing the Lesser Florican in action is incredible, but I would have to say that my most exciting wildlife encounter was watching an arribada of several hundred thousand Olive Ridley turtles coming to nest in Orissa on the east coast of India about 10 years ago. I felt like I was a visitor on another planet dominated by turtles!

Although my career, like that of many young conservationists, started with a focus on a particular subject (I was Ornithology Officer for the BirdLife International’s Important Bird Areas Programme in India), one needs to be multidisciplinary to be able to tackle conservation problems. Conservationists today need to deepen our understanding of social sciences, policy and processes. Soft skills like communication, negotiation and conflict resolution are also important. So I would recommend that people starting a career in conservation be open to other disciplines and keep expanding their skills.

In the future, I would like to deepen my understanding of, and ability to influence policy. I also hope to find the time to get my PhD in Ecosystem Services but perhaps that is a few years down the line…

The award not only gave us important project funding, but also ratified the conservation work we were doing, infused the team with new enthusiasm and renewed our self-belief. The project was very challenging – particularly because the Lesser Florican is a widely dispersed species and it can be disheartening to see numbers plummet in local areas, but our first project was a success and local community sightings of the species in our project areas increased by over 270%! 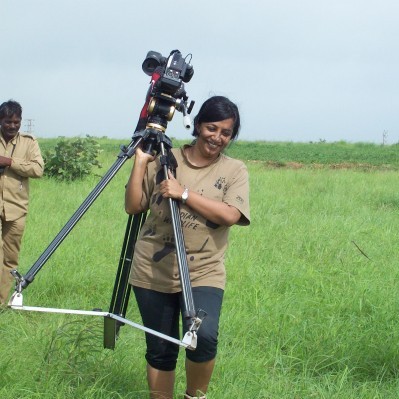