Home > Our Impact > Success Stories > Interviews > Out of her comfort zone

Out of her comfort zone 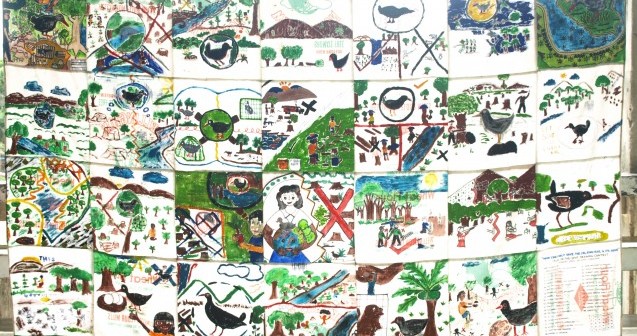 This has been a busy year for Filipina conservationist Cynthia Layusa. In April she co-organised the Wildlife Conservation Society of the Philippines’ annual congress and in October she travelled to the UK to commence a full-time, 11-month MPhil degree in Conservation Leadership at the University of Cambridge. And to think that a few years ago she had no idea that there was such a thing as a career in conservation!

Just five years ago, Cynthia was sitting at a desk job wishing that she could get her hands dirty and do something practical to conserve the rich and varied biodiversity of the Philippines – an archipelago made up of more than 7,000 islands. She was drawn way out of her comfort zone to the Babuyan Group of Islands in the northern-most Philippines.

'Travelling to the island group was one of the most perilous trips I’d made, and it often posed great risk.' Cynthia recalls.

She started volunteering on humpback whale research before a chance encounter with a new, local NGO Isla Biodiversity Conservation in 2006 led to her involvement with the first CLP-funded project to conserve the Calayan rail, an endemic bird.

'I was amazed at how the Calayan rail stands out in its habitat' she says enthusiastically 'Amongst the greens and browns of the terrains, you suddenly see something with a bright orange beak flash by!'

In 2007, Cynthia was encouraged to become a full-time team member of CLP-funded Follow-up project which focused on building local capacity to conserve the island’s endemic species. A vital outcome to the continued success of the project was the development of good relationships with local communities and local government.

'It was my first time away from the Philippines and exposed me to different cultures, countries and ideas: environmental campaigns, and the development a logical framework, for instance. Being among a group of conservationists also provided me with confidence.'

As a member of the CLP alumni network, Cynthia has taken full advantage of the CLP alumni travel grants which have funded her trips to the Student Conference of Conservation Science in Cambridge and the Society for Conservation Biology annual meeting in the USA – events which have helped her to build confidence in presenting her research and allowed her to develop her own network of contacts.

Cynthia took the role of team leader of the final CLP-funded project in 2009 which aimed to strengthen community involvement in conservation activities on Calayan Island. They organised the first Calayan Youth Eco-Camp – a challenging and rewarding activity which resulted in the team’s wide-spread popularity amongst local students who greeted them with cries of 'Forever!!', the camps moto, whenever they walked down the street.

It was during this project that the team documented a Calayan rail nest and eggs – a world first! Of the many things which this project has achieved, Cynthia highlights the establishment of a wildlife sanctuary (recognised at the municipal and provincial level) as possibly its greatest success.

There are many challenges about working in the Philippines: remote settings; risks when countering major threats to biodiversity (dynamite fishing, poaching, illegal logging) and dealing with delicate political and cultural scenarios. As a conservation leader, Cynthia also recognises that she has to balance personal and work relations, especially when dealing with close-knit communities and volunteers.

'Often I find myself taking off my conservation hat to just listen to everyday lives and problems, be it about the environment or personal issues.'

Cynthia’s approach to conservation is a great example of 'thinking globally, acting locally'. Whilst currently enhancing her international outlook and experience, she hopes to return to the Philippines and use the skills and knowledge from the MPhil to make a positive influence on conservation actions and policies back in the Philippines.

When she returns to the Philippines she also plans to continue identifying local champions, work on locally initiated projects and further develop her network – within the CLP alumni and elsewhere.

And, given the advice that she has for other emerging leaders, we don't think that Cynthia will be settling back into her comfort zone any time soon.... 'Take risks!' is Cynthia’s advice to early career conservationists.

'It will be difficult, but help in various forms will arrive when you least expect it!'

Travelling to the island group was one of the most perilous trips I’d made, and it often posed great risk...It was my first time away from the Philippines and exposed me to different cultures, countries and ideas: environmental campaigns, and the development a logical framework, for instance. Being among a group of conservationists also provided me with confidence. 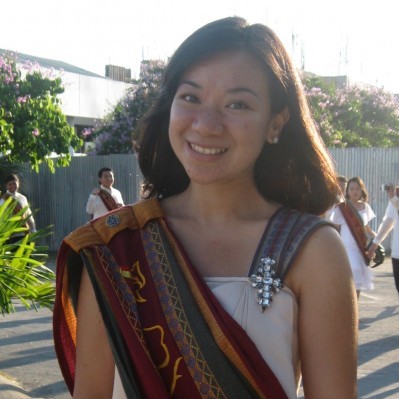