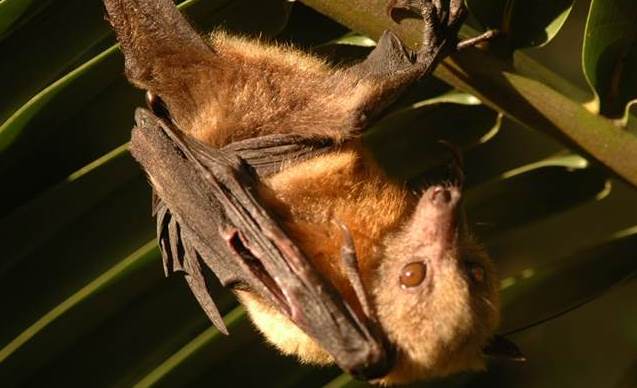 Adventure, exploration and journeying to remote locations where no one has been before is part of what drives Bandana Aul. The other part is her respect and understanding for bats, particularly the Indian flying fox, and the knowledge that if she does not work to protect these species then few others will. Working as a mammologist with the Bombay Natural History Society until recently, she hopes soon to be able to set up her own NGO. Bandana told us about the struggles and successes in her career and her contribution in India’s conservation network.

Bandana was in the middle of her PhD research studying the different bat species on the Andaman and Nicobar Islands when funding for the programme began to run out. She turned to her supervisor Dr Paul Bates, who knew just the initiative that might be able to help her and so Bandana applied for a CLP Future Conservationist Award.

Although she did not expect to receive an award, CLP understood the importance of what she wanted to achieve and funded her project in 2003, allowing Bandana to get her research up and running again within a few months.

‘Endemic’ and ‘unknown’ can be exciting words, to Bandana especially. The Nicobar and Andaman Islands contain a host of different animal and plant species in some of the last remaining pristine rainforest. 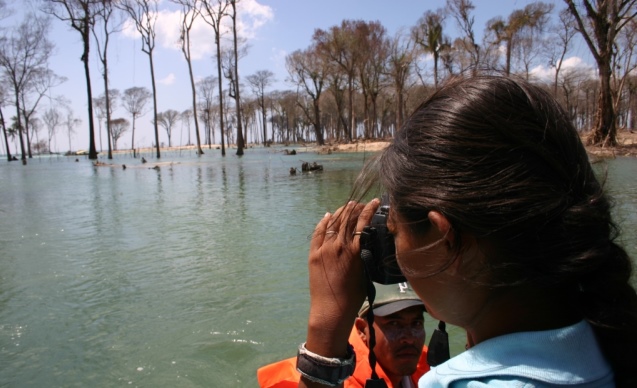 With CLP’s support, Bandana got the chance to explore and undertake the first ever systematic survey for bats in the tropical forests, caves and mangrove swamps of more than 50 islands within the two archipelagos.

It was whilst searching the Central Group of Nicobar Islands during her first CLP project that Bandana and her team found the mysterious and shy Nicobar flying fox, last seen in 1902.

Thrilled to rediscover the species, Bandana was then shocked to learn that this endemic species is now extinct from the very island on which it was discovered. Although it still inhabits the other six islands within the Central Group, the species is severely threatened.

Threats to the flying fox and other species of bat on the islands exist in the form of clearance of prime forests for settlements and plantations as well as from the people living on the islands who hunt bats for food and for fun.

In addition to locating the bats, Bandana also wanted to improve conservation practices on the islands. To do this she went straight to the problem, the hunters. 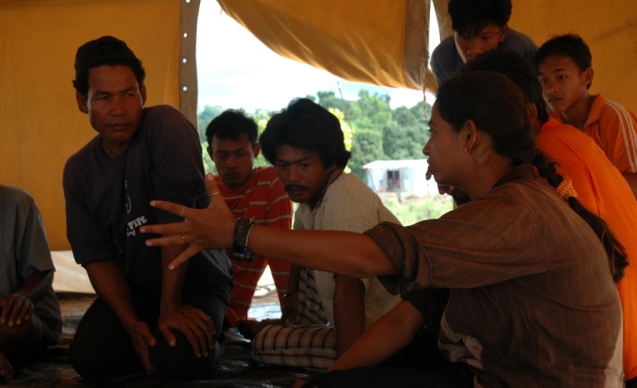 Bandana spoke with both hunters and tribal leaders and told them how their practices were threatening many bat species and how they could turn these practices around to help conserve bats. The hunters were so shocked to learn that some bats only existed on their islands that they were eager to get involved. The hunters spoke to other members of their village, passing on Bandana’s message in the varied languages found throughout the islands. Consequently, many decided to voluntarily ban hunting in their villages.

Further evidence of the change in attitude that Bandana managed to instil in the local communities came when a film crew joined Bandana and her team to document their progress. One of the film crew asked a field assistant why the flying fox should not be hunted, his response was “we should not kill it as it is endemic, found only in our islands”.

Bandana recognised this as a huge landmark in her battle to reduce the pressure of hunting. The field assistant was Martin Ton, once a major hunter of bats in the islands.

The mystery of the missing bat

Utilising their skills, Bandana employed the hunters to find the flying fox and other species.

‘It was a really great achievement to get their support. The most exiting encounter was to discover the Nicobar flying fox in the wild and be able to radio collar it and find out its day roost’.

The radio-collars served a dual purpose. One day, whilst out doing a bat count, the team lost contact with the bat on ’radio frequency 82’. Refusing to give up on the search, Bandana eventually managed to trace it back to a hunter’s hut where she located the collar but the bat had since been eaten. Shocked at having been found, with no idea how she managed to track him, the story spread about Bandana’s abilities to tack bats and hunters. Other hunters became too scared to hunt for a while in fear that they would be caught.

Overcoming threats to bats were not the only challenges that Bandana and her team faced. Actually getting to the distant islands and remaining on them was itself a big problem.

Flights to the islands are lengthy and expensive and visiting tribal areas in the Andaman and Nicobar Islands requires government permits and strict time restrictions. Limited funding and access to the islands made the research more challenging.

To continue to combat the challenges, Bandana applied for a Follow-up Conservation Award from CLP.

‘CLP made a difference to me as professionally I was able to prove the importance of the species and area I was working on at a national and international level. Personally, through the CLP alumni network I have been able to connect with other awardees and experts to learn and grow as a person’.

The CLP training she received also provided Bandana with useful skills. Learning how to interact with different types of people and building lasting relationships with stakeholders was one of the most important things that she learnt. 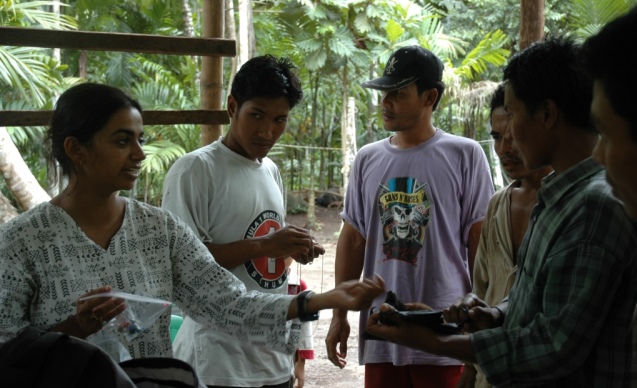 ‘It cannot be an individual effort but there needs to be team work with input from multiple people to get things done’.

Following a CLP training course in Writing for Conservation (led by Martin Fisher, Editor of Oryx-The Journal of Conservation), Bandana successfully co-authored her first peer-reviewed manuscript entitled Diversity, distribution and status of bats on the Andaman and Nicobar Islands, India (Oryx , 48[2], 204–212) which was published in 2014. The paper details the extent of her research and lists the threats and bat conservation options for the islands.

Bandana has also developed strong bonds with other CLP team members, and they remain in touch through the workshops that they participate in as well as through social media. A varying range of expertise and experience means that they support each other with any issues they encounter.

Being a member of the CLP alumni network has also helped to raise the level of Bandana’s work and give her confidence to work independently.

Currently Bandana is still working in conservation, striving to convince people in India that bats and other threatened species are worth conserving. She and colleagues are using the achievements from their previous projects as a benchmark to portray the importance of bats in areas where they are less well-known. 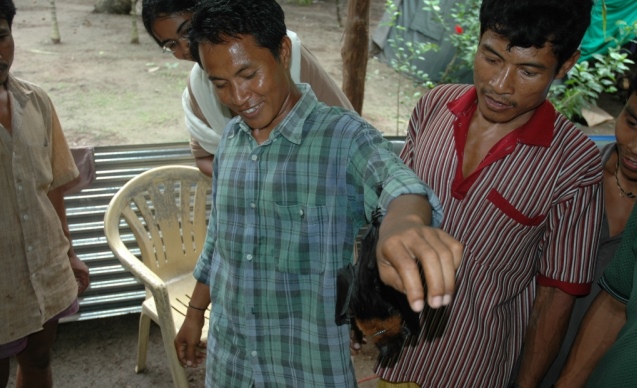 The bat species in the Nicobar and Andaman Islands are surviving, although it is unclear how well they are doing as they have yet to be given official protection.

Bandana however, is in touch with people on the islands and receives reports that they are still seeing the flying fox. She has even heard from a local tribal council head who has told her that he and other village heads have formed their own informal NGO and have promised to support her if she continues to work for the survival of the bats.

Bandana is determined that her own future will include developing the growth of conservation in India. Currently working for the NGO ‘Loris’ with CLP alumni Suresh Jones, she plans to start her own research and monitoring unit, not only to continue monitoring bats but to develop conservation practices more widely in India. She aims to support and encourage students and conservationists to implement projects and publish their work, a task particularly difficult in India.

‘I loved working with the students; they are the next generation of conservationists. It was good to teach them about the work we are doing and provide them with a solid platform for their own careers.’

Initially however, she would like to continue CLP’s work using the ties she has made with other CLP alumni.

‘My future plans are gaining a clearer focus with time. First I want to be able to start a CLP India chapter, which would consolidate the awardees and their achievements. Then I would help them with the next step to achieve their projects. It would also be used to build a network of conservationists from multi disciplines to come together to achieve a wider goal. ’

And her advice for conservationists starting out in their career:

‘Have conviction and follow it till the end. Don’t keep switching from one thing to the other just to please someone. It is important to choose a topic and be convinced about it.’ 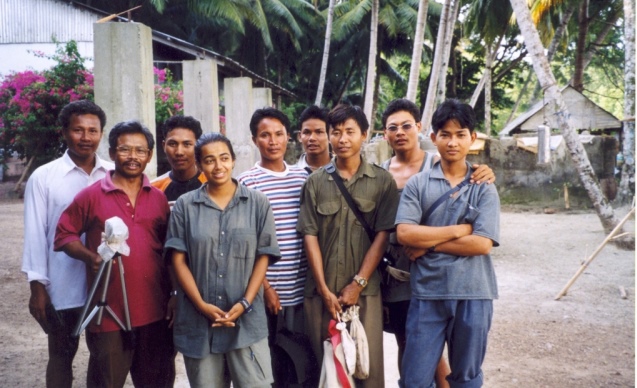 Have conviction and follow it till the end. Don’t keep switching from one thing to the other just to please someone. It is important to choose a topic and be convinced about it. 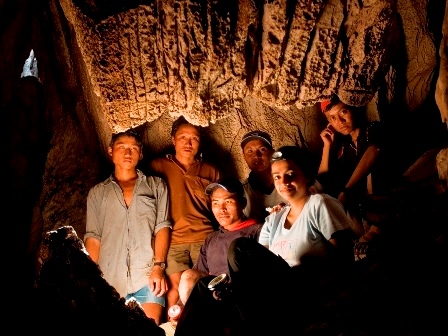