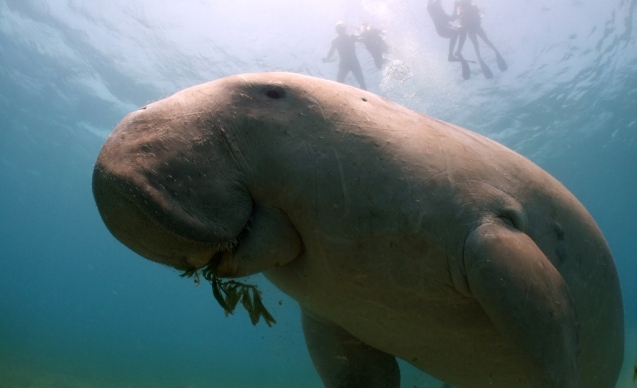 Eleven years ago, Patricia and two other young conservationists co-founded a small, non-profit organization to carry out small-scale environmental research and education projects in Palau, Micronesia, and work with local people to fully involve them in the development of conservation strategies. Today, Community Centred Conservation (C3) operates across Comoros, Madagascar, the Philippines and Fiji and focuses on a range of activities including capacity building and species conservation, and they have established a C3 network of young conservation leaders to promote conservation actions within their respective communities.

Patricia’s involvement with the CLP network goes back eight years. Her CLP funded work has seen her work alongside remote fishing communities in Comoros and Madagascar to gather local knowledge on dugongs and sea turtles and demonstrate the link between marine species conservation and sustainable livelihoods. She then took the project onto the political stage as part of a CLP Follow-up project, liaising with government representatives to develop national and international conservation policies and multi-lateral agreements. Patricia has played a key role in drafting the International Memorandum of Understanding on the Conservation of the Dugong and its Habitat and helped develop a rapid survey methodology which was adopted across all range states to collect species data efficiently to support timely conservation decisions. Last year she was awarded with a prestigious Future for Nature Award.

In an interview with CLP, Patricia gives us an insight into her work and reflects on key moments in her career to date.

You’ve been part of the CLP alumni network for several years. Can you tell us a bit about your work to date?
I first found out about CLP in 2005 when I was searching online for funding to start marine biodiversity conservation in the western Indian Ocean. Our first project was based around the Comoros, a small archipelago off the northwest coast of Madagascar and home to a tiny population of dugongs. After the success of the initial project we extended our efforts to a neighbouring site which made sense as we were dealing with a far-ranging species. But it was a challenge to adapt our research techniques to a different socio-cultural context and interesting to learn about the similarities and contrasts between the traditional hunting techniques, taboos and ceremonial rites surrounding dugongs. For example, in Madagascar hunters recounted how they used to drive herds of dugongs towards river mouths where they had set up traps using wooden poles. Whereas in Comoros, where numbers appeared to be smaller, fishers surrounded individual dugongs with nets and speared them. In Madagascar a specific dugong butcher would be required to travel, often from far away, to perform ceremonial rites and slaughter and cut up the animal. This included covering the dugong with a veil so that no one could see it shedding tears when it was killed and often women and children were banned from viewing the slaughter. In both countries fishers would have to declare they had not interfered sexually with dugongs prior to death!

Give us an example of how your work has had an impact on the ground.
An awareness event run by our CLP team triggered an end to turtle hunting in one area. During the event, we gave a presentation explaining how sea turtles can take at least 30 years to first return to their natal beaches and reproduce. This really struck a chord with the hunters as they always thought there were plenty of turtles nesting on local beaches each year. Yet, they hadn't realised that heavy hunting could actually wipe out an entire generation and would lead to a sudden collapse in turtle numbers in a few decades. As they didn't rely on turtle meat as a protein source or for money (it was just a convenient free source of meat) they decided to stop hunting so turtles would still be around for their children to see and appreciate.

What do you like most about your work?
I like working in a place where biodiversity is poorly understood; it makes every small discovery so much more exciting and relevant. I also appreciate the kindness of the fishing communities, who are living a mostly subsistence lifestyle but still find the time to engage with me about research and conservation activities. The concern of community elders that species may be lost in the coming decades inspires me to engage with young people and help empower them to develop technical skills so that they become effective conservation leaders.

What do you like least about your work?
The risks our team face in our day-to-day work such as boat and road accidents, small aircraft crashes and cerebral malaria. The lack of good communications, medical services and evacuation or rescue facilities does mean that working in very remote areas, especially at sea, requires careful and conservative risk planning.

What is your favourite wildlife encounter?
Being on deserted beaches at night and hearing female sea turtles crawl up the shore, dig their nests and lay their eggs before returning tired to the sea has always been a very special experience. You feel like you are witnessing something very primordial that has been going on hundreds of millions of years, long before humans evolved. Seeing dugongs in the wild was also an incredible experience; you feel very honoured to see them as they are so shy and elusive.

What has been the biggest challenge you’ve faced in your career?
One of the biggest challenges was experiencing skin cancer in 2003, only a year after founding the NGO and just two years after completing my Masters degree. I was in Palau, Micronesia and loving my conservation and research work as well as being on the verge of receiving some large grants. The cancer had already spread to my lymph nodes by the time it was detected. After having surgery and follow-up in the UK I returned to my career in overseas conservation but at the time it seemed like I may have had to give it up entirely, particularly as the lifestyle involved being outdoors and exposed to high levels of UV radiation.

How has CLP supported you and your team members, both professionally and personally?
The CLP has certainly opened doors, in particular when living in remote areas. The programme assisted me in travelling to important international meetings and conferences where I did invaluable networking to further promote our projects and acquire additional funds. I found it inspiring to meet other young conservationists from around the world and share our experiences and challenges in marine conservation. Members of my team attended the CLP Conservation Management & Leadership Training Course and the materials were useful for all of us in terms of project planning and proposal writing. We also used these materials to train other conservation staff working within government offices and NGOs. Personally the CLP funding and support helped me to grow the organisation I had co-founded in 2002 into a full-time NGO operating in several regions of the world.

What advice do you have for conservationists starting out in their career?
Don't be put off by the long hours, low pay and disinterest or conflict that may arise from your work. Always step back when the going is tough and remind yourself what your purpose is. Listen to local people's knowledge, especially those out in the field every day such as fishers; they often make very accurate observations and are the first to notice changes. They will also be the ones at the forefront of any conservation actions you implement and certainly their understanding and agreement will be fundamental to the project's success. Politics exist in conservation as in any other subject and can be incredibly frustrating; sometimes you have to 'play the game' to get ahead even if it seems contrary to your beliefs and objectives!

Many conservationists have good reason to be keen on starting their own NGOs, but this accomplishment can pose new challenges such a managing the organisation, supporting staff development and adapting to numerous challenges at scales ranging from the community to the international level. If any CLP alumni have any questions about starting up and maintaining their own organisations, please let us know and we can put you in contact with Patricia. She is also willing to offer support to CLP alumni in field skills, networking with experts in marine conservation, communications, community livelihoods and incentive schemes for buy-in to conservation actions at the community level.

Don't be put off by the long hours, low pay and disinterest or conflict that may arise from your work. Always step back when the going is tough and remind yourself what your purpose is. 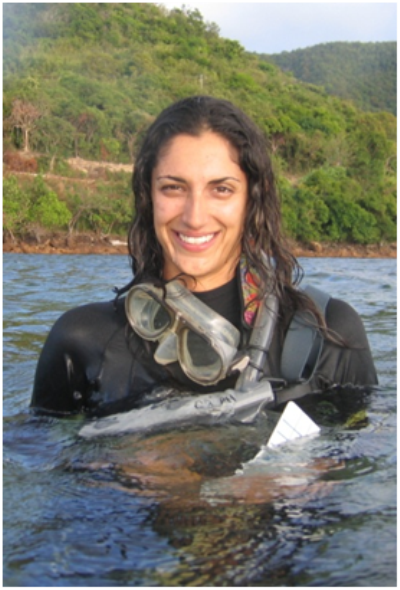