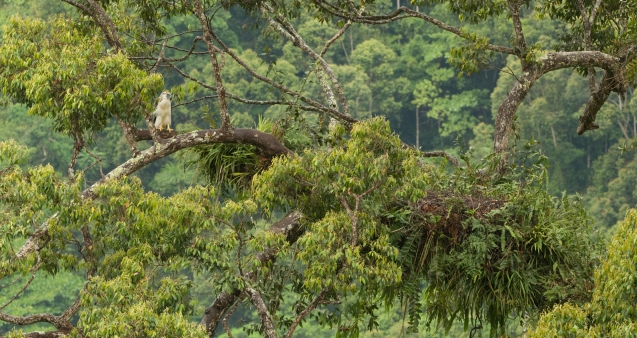 One of the most enjoyable aspects of attending the SCB conference is the unique opportunity to meet so many CLP alumni under one roof, and attending their oral and poster presentations. Jayson Ibanez was awarded a CLP grant to attend the Beijing conference in July where he gave a presentation entitled Hope For Threatened Tropical Forest Raptors: Lessons From The Philippine Eagle Conservation Program. We managed to catch up with him after his presentation to find out how his career has progressed since his team was awarded a Future Conservationist Award five years ago.

Although Jayson´s university studies focussed on forest rodents, the Critically Endangered Philippine eagle (Pithecophaga jefferyi) has always fascinated him and shortly after graduating he was offered a position as a biologist at the Philippine Eagle Foundation. His passion for this subject matter is clearly evident. ´Seeing the Philippine eagle in the wild is still a real treat for me. I still get goose-bumps when I see them.´

In 2004 his team was granted $7,500 by CLP to conduct baseline surveys on birds, mammals, reptiles and amphibians around Mount Sinaka to measure species richness and relative abundance and to identify habitat types. The results of this survey were used to justify the protection of a 1,400 hectare isolated nesting site of a pair of Philippine eagle. ´The site was far from large forest but this pair remained faithful to it, returning year after year. It was in urgent need of protection. With the data from the CLP funded project we were able to lobby for more support which eventually led to the area´s protection.´

Winning this CLP award and becoming part of the expanding network of young conservationists has clearly had a positive impact on Jayson. ´I´m proud to say that, due to the opportunity provided to me by CLP, my professional career has greatly improved. Recently, after earning my MSc degree, I was promoted to Research Director of the Philippine Eagle Foundation. The project supported by CLP was instrumental in my career development.´ As well as financial support, Jayson attended the CLP´s annual international training course which, among other things, taught him the important skill of how to write press releases and how to write in a non-scientific way in order to get support from the public. His work has since been published in a wide range to local and national newspapers.

In 2008, Jayson was offered a Research Fellowship Program grant (jointly funded by CLP and WCS) to study the home range, nesting territories and habitat use of the Philippine eagle using satellite telemetry - an activity which had not been conducted on this species previously. The results were somewhat surprising and gave a fresh insight into the relationship between juvenile birds and their parents. Based on previous records, juvenile Philippine eagles should be flying out of their parents territory in June but the tagged young bird stayed near to nest even though the breeding season had started. Was this due to lack of alternative suitable habitat? Or sufficient food supply in the area? ´This project revolutionised our knowledge of juvenile dispersal, home range, which forests they use and therefore which areas of forest are important [for conservation]. We used this information to lobby the government in order to protect a large enough area which includes nesting territories.´

The need to protect this species was also highlighted by a previous radio-telemetry project. Of the four birds tagged with radio transmitters, one starved to death, one was killed by a farmer, and two had to be rescued having been trapped to keep as pets. Philippine Eagles don´t make good pets!

Jayson hopes that this project is just the beginning of a long-term satellite telemetry programme which will allow him to tag as many birds as possible. He then plans to publish this information in a peer reviewed journal, and work with the national government and protected area authorities for the protection of all nesting habitats.

The next major challenge is supporting local communities to address the problem of sustainably funding the protection of nesting territories. Many communities have adopted the idea of conserving the forest rather than converting it for agriculture and they are proud of the Philippine eagle - both as a national symbol and one that represents forest conservation. ´Interacting with locals is a very enlightening and fulfilling part of my work´ says Jayson. ´I strongly believe in community based conservation especially in the Philippines where the community can really be a champion.´

Maintaining community support will be key to ensuring the conservation of this species in the future. According to the IUCN Red List, the number of Philippine eagles has decreased dramatically over the past fifty years. By continuing their dedicated work, there is good hope that Jayson and his colleagues will be able to slow down, and perhaps reverse this trend. We look forward to being kept informed of his progress, and to reading more about his results and successes in the future.

I´m proud to say that, due to the opportunity provided to me by CLP, my professional career has greatly improved. 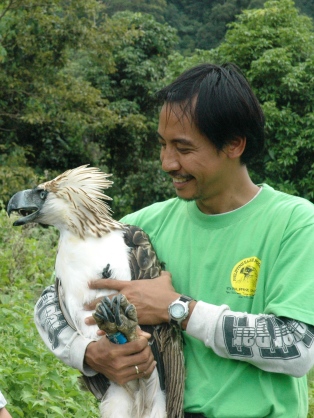