Going wild for the Andean cat

Three-time CLP award-winner, Mauro Lucherini, is dedicated to studying and conserving wild carnivores. He is a council member of both the Andean Cat Alliance and Wild Felid Research & Management Association, and serves in both IUCN Cat and Canid Specialist Groups. He is also a senior researcher at INBIOSUR (Instituto de Ciencias Biológicas y Biomédicas del Sur) at the Universidad Nacional del Sur and CONICET, Argentina.

Below Mauro describes his journey up to this point, what’s motivated him in the face of some unique challenges, and what he thinks has underpinned his successes to date. 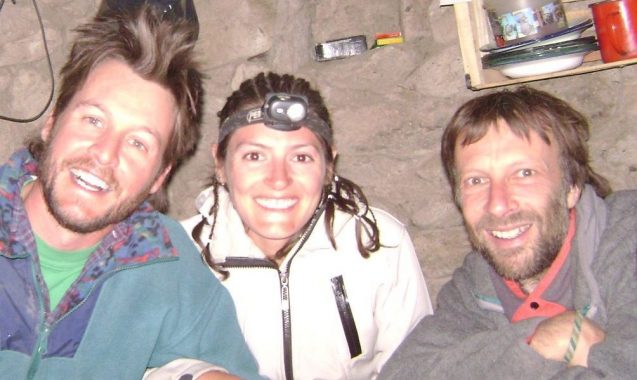 What or who inspired you to pursue a career in conservation?

I never chose a career in conservation – I actually started out as a field biologist. It was my research on species threatened by extinction or affected by conflict with humans that later drove me towards wildlife conservation. I think this is a common path. If you love what you are doing, and you love the species you are working with, then you cannot be indifferent to their fate.

Do you have any special memories from your conservation work?

My most prized memory has got to be the one and only time I met an Andean cat in the wild. To understand why I value this experience so highly, you have to consider how rare and elusive the species is. Despite the increasing number of people working to save these endangered cats, only a handful of people have seen one in the wild. No one has ever experienced such a close and long-lasting encounter as the one I was lucky enough to have. This was both an extremely unusual and incredibly exciting moment in my life that I will never forget.

My special meeting happened near the village of Coranzuli in the north-western Argentina province of Jujuy, at an altitude of almost 4000 metres. I was with my team looking for cat latrines (yes, latrines!), a key method we use to detect the presence of small wildcats and identify areas where we need to intensify our search for the Andean cat.

My teammate was already going down the slope but I wanted to check the last rocky outcrop. And while I was cautiously climbing down, I saw it, less than ten metres below, staring at me.

I immediately recognised it. That long and thick tail, the stripes going down from the corner of its eyes. It could not be mistaken for anything but an Andean cat.

I very carefully put my backpack down and took my camera out. I was expecting it to disappear at once, but it didn’t, possibly because it had just caught some prey (I had spotted the tail of a mountain viscacha, a large rabbit-like rodent, which is the Andean cat’s favourite prey). It stayed there, fearless, almost challenging me. Some ten minutes passed and it didn’t go away. I didn’t want to disturb it any further and so, in the end, it was me who left.

When I reunited with my teammate she asked me why it took so long. I told her the story. She wouldn’t believe me, mostly because I was so calm. She kept asking why I wasn’t jumping or screaming in happiness. But, after five years looking for this elusive “ghost”, climbing up and down under the scorching sun of the high Andes, I simply felt fulfilled and honoured to have been able to spend some time with such a beautiful, mysterious and unique creature. 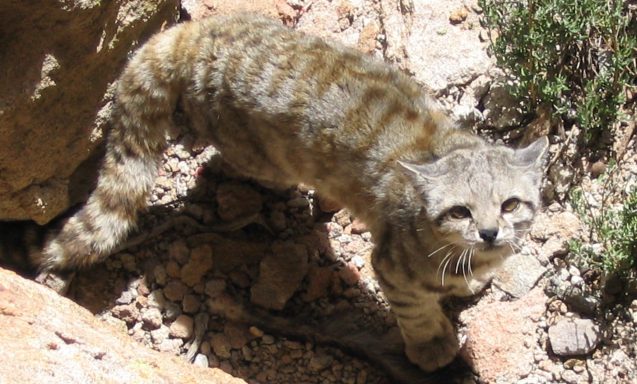 Mauro felt exhilarated beyond measure after a long-lasting encounter with this Andean mountain cat (Leopardus jacobita), which he somehow managed to photograph! A small wildcat native to the high Andes, the species is categorised as Endangered on the IUCN Red List and is so rare and elusive that only a handful of people have glimpsed it in the wild. Photo credit: Mauro Lucherini

Why has your conservation work primarily focused on the Andean cat?

We formed the Andean Cat Alliance back in 1999, which aims to conserve the Andean cat across the four countries that span its range (Argentina, Bolivia, Chile and Peru). Ever since then, we have been working to better understand why the species is so rare and reduce the threats it faces.

A big part of this is my CATcrafts Programme. This initiative seeks to improve the engagement of local communities in Andean cat conservation by supporting sustainable social and economic development, while strengthening their cultural heritage. However, these are not easy tasks. And they take time. And patience. 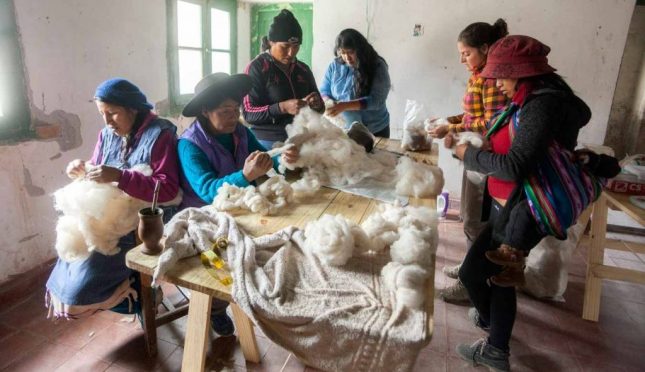 What are some of the biggest challenges you've faced?

Engaging local people with conservation has been a great challenge for me. However, what has possibly been even more challenging is finding people who can stay committed to studying a species that’s so elusive it’s like a ghost. Not to mention having to cope with extremely demanding environmental conditions! Our study areas are located at an altitude of over 4000 m in the dry Andes plateaus, an extremely remote area where the lack of oxygen makes you sick during the first two or three days. The conditions make trekking hard, you have to carry everything on your shoulders, and the climate is harsh. And, after all that effort, it’s unlikely you’ll see any Andean cats!

Another challenge is that more than one of the strategies we adopted in the past did not work, but I am convinced that we are finally on the right track with the CATcrafts Programme.

The Andean Cat Alliance recently launched a series of three infographics about COVID-19 on social media. The aim of the initiative was to provide local communities in the Andean cat range with information about the virus and how to protect themselves, and show how they (and the Andean cat!) are striving to be there for them during the pandemic. Photo credit: Andean Cat Alliance

What has been one of your most rewarding successes?

Along with my special meeting with an Andean cat, receiving my CLP Leadership Award at the American Museum of Natural History in New York City was also very… rewarding!

What do you think has underpinned your successes since you started out?

Long-term commitment and dedication to hard work. However, to be honest, I think that the key is being able to deeply enjoy what you are doing. In my case, I love being in the high Andes wilderness, in a place where it’s very unlikely you’ll meet people, and where at night you do not see any light at all. 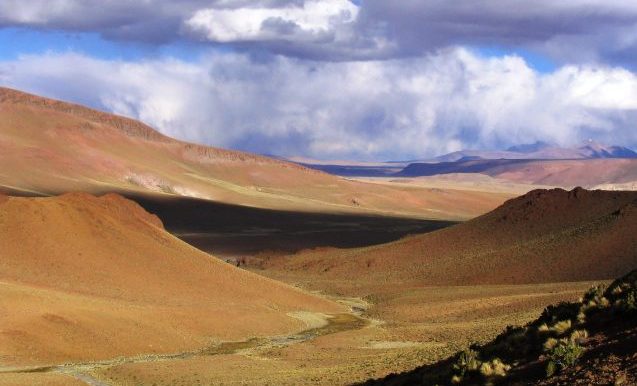 Mauro loves going into the beautiful wilderness of the Andes Mountains in search of the elusive Andean cat. Photo credit: Mauro Lucherini

CLP certainly helped me get to where I am now. The key was probably the increased credibility and visibility I gained after receiving my CLP awards in 2001, 2003, and 2009. It was probably the first time that the Andean cat got some significant press. And that was important!

The CLP awards also helped me to keep moving forward. Sometimes, when you work in conditions that make your progress so slow and hard, it is nice when someone recognises your efforts.

The international [CLP Conservation Management & Leadership] training course I attended in 2003 was also a great opportunity to share lessons and perspectives with like-minded people working in completely different contexts.

Being a conservationist can be one of the most rewarding careers, but you have to accept most of the rewards will come from your own feelings of achievement. You will need to be strongly motivated and be able to find happiness by spending time with wildlife and knowing you are doing something to make the world a better place.

To be a conservationist, you need to be able to find happiness by spending time with wildlife, and knowing you are doing something to make the world a better place. 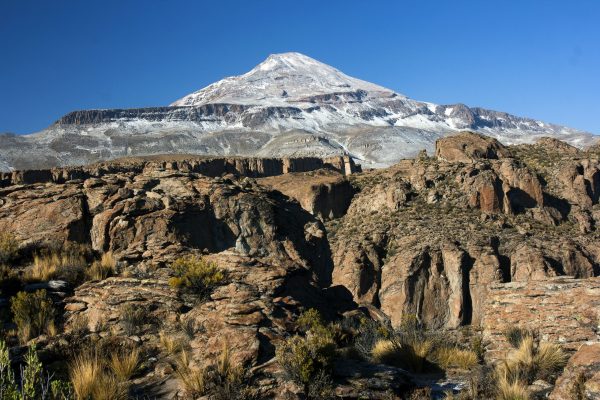