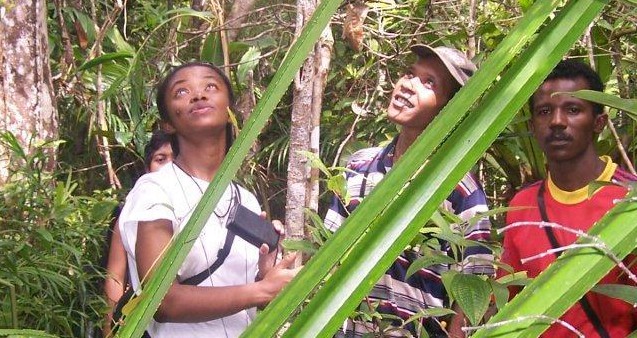 As a student in 2004, Julie joined a CLP-funded project focused on bat conservation in Madagascar. Just seven years later, she became Executive Director at Madagasikara Voakajy (MV) - a leading national NGO that uses conservation science and community participation to protect endemic Malagasy species and their habitats. In an interview with CLP, Julie tells Stuart Paterson about her career to date.

Why did you first get involved in conservation?
I have always been interested in nature and the interactions between people and animals especially lemurs! I first saw lemurs when I was 13 years old and camping with the scouts. I fell in love with them, with the way they look and the way they sound. When I was head of the scouts I led environmental education work with children, which was very rewarding. I originally wanted to be a farmer, but at university I saw that ecological studies would offer me field time. I love travelling, and being surrounded by nature inspires me. I always feel happier and healthier when I'm in the field.

What support have you received from the CLP?
I was working as a researcher with MV when I joined the CLP team. As part of the CLP alumni network I received two travel grants: first to attend the Student Conference for Conservation Science (SCCS) in Cambridge in 2005 where I gave a presentation on bats, and then in 2007 to attend the SCB meeting in South Africa where I gave a presentation on bats and environmental education. Attending the SCCS was very exciting as it was the first time I had travelled out of Madagascar! When I first got to the UK I was really nervous and scared that no one would speak Malagasy, but I quickly got used to speaking English all of the time. During this trip I learned that it's surprisingly easy to make new friends with people from different countries and cultures.

What do you enjoy most about your job?
Our work at MV looks at the interactions between people and their natural environment. The key to this is providing the solid scientific information needed for effective conservation, so I really love it when our research findings lead directly into conservation actions that improve the standard of life in the villages where we work.

What has been your most amazing wildlife encounter?
There are so many to choose from! Perhaps the time I came face-to-face with an aye aye (a strange looking lemur that is thought to bring bad luck) while radio-tracking bats late at night in the forest. We were heading back to camp when, all of a sudden, we heard a really strange noise. The guide told us that it might be an aye aye, so we waited and then saw its big eyes! I'm pleased to say that it hasn't brought me any bad luck so far, and I'd love to see one again in the wild!

Can you tell us about a memorable experience from the field?
During a research trip to a remote village in southern Madagascar, my team and I had gone without a bath for several days. It was very dry, and we needed all our water for drinking and cooking. On the third day, however, it rained. One of the team members, Manjoazy, was so excited that he took out his soap and started washing, but as soon as he had finished soaping his body, the rain stopped! Thankfully, he managed to get the soap off by collecting water from anywhere possible. Off the tent, off the car!

What has been the biggest challenge in your career so far?
The biggest challenge has definitely been taking over the directorship of MV. I have always enjoyed working in the field, but now I spend most of my days stuck behind a desk! And instead of managing a team of six people, I manage a team of 40! Of course, there are a lot of positive things about the role. I have met respectable conservationists about whom I'd heard so much and I get to travel to attend meetings and conferences. Recently, I attended the Hunt International Conference in Spain where I presented our work on bushmeat consumption in Madagascar.

What has been your most rewarding success?
My most rewarding moment was getting my team to sing and dance after working throughout the night during a 40 day field trip in 2006. We had been working so hard and hadnt had much sleep so I thought people would get stressed, but it never happened. To keep the team feeling positive, we sang a Malagasy song called Tsikitsiky lava, meaning "Smile, smile, always smile!"

What advice would you give to conservationists starting out in their careers?
Doing research is the easy part of conservation; the most challenging and exciting thing is linking the findings with the conservation actions, and this will always include people. For example, researching bats is the easy part, but it's difficult to link bats with people. In Madagascar, people shoot bats and eat them - especially when other sources of protein are scarce - and young people sometimes kill bats when they are bored. To deter hunting, after each field trip we'd give a presentation to villagers and explain that the number of bats was decreasing. My advice would be that conservationists should always try and link their work with people.

Do you have any skills that you could offer to other CLP alumni through the CLP mentoring grant?
As a student at the University of Antananarivo, I didn't like statistics. I had to use statistics while writing my thesis, and Dr Richard Jenkins, leader of the CLP project, was very patient at teaching me. I then learned statistics at a high level at the University of East Anglia, UK, and became very familiar with them. So I would like to offer my assistance to help others see the interesting side of statistics. I would also like to help future conservation leaders who are managing small teams in the field.

Our work at MV looks at the interactions between people and their natural environment. The key to this is providing the solid scientific information needed for effective conservation, so I really love it when our research findings lead directly into conservation actions that improve the standard of life in the villages where we work. 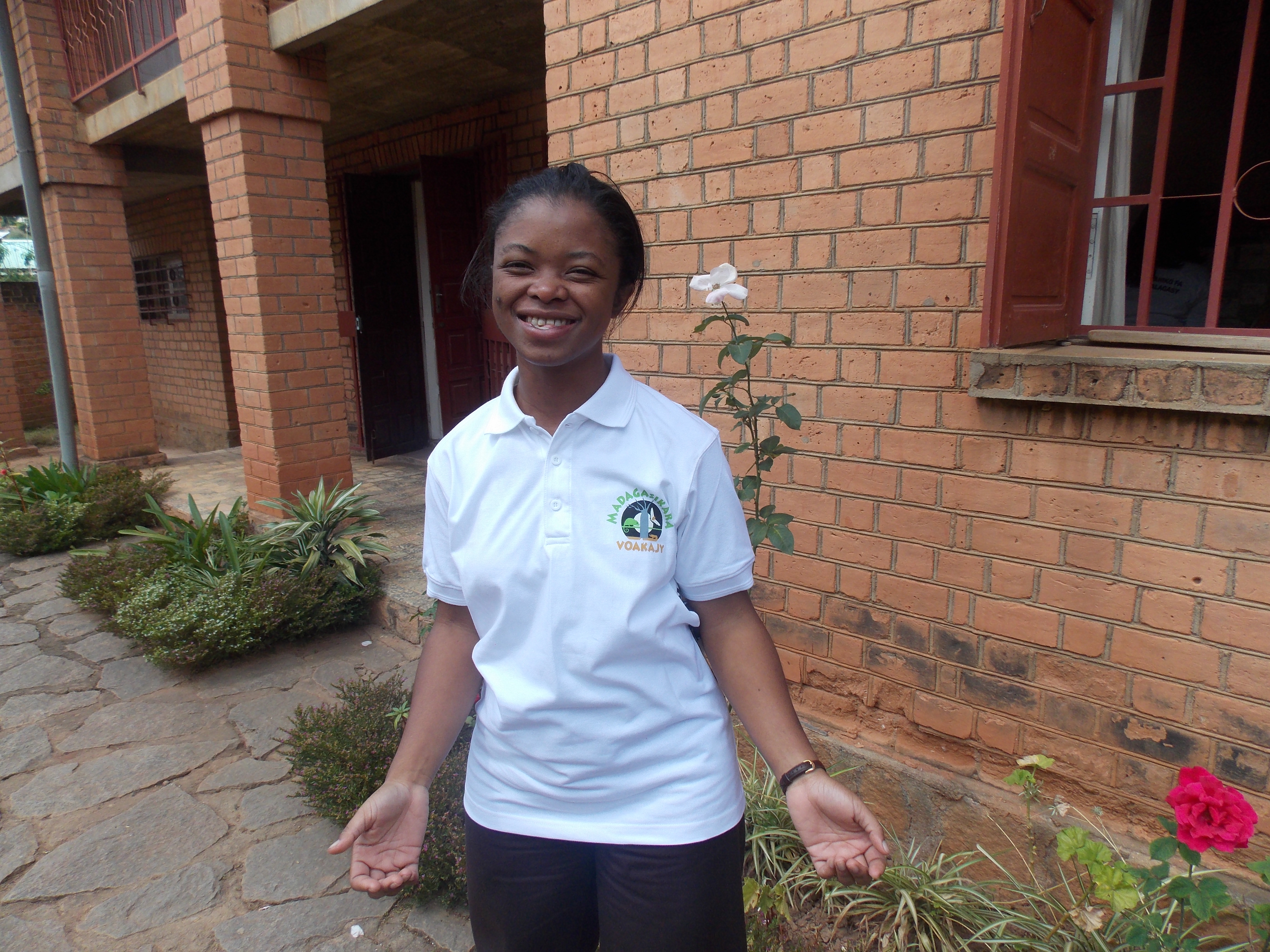