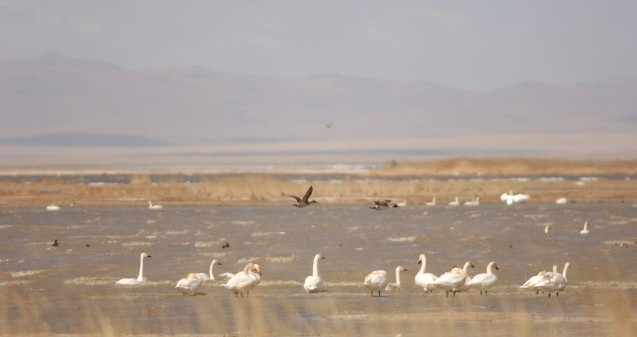 Rivers have been an important feature in Eugene Simonov’s life for many years. As coordinator of River without Boundaries he plays an important role in drawing together international organizations and experts to preserve the transboundary river basins in northeast Eurasia through joint advocacy and promoting best practices in river management.

Funded by the Conservation Leadership Programme (CLP), Eugene’s work has focused on the wetlands and important bird habitats of the Argun River which flows along the China-Russia border. The river, surrounding areas, the people and wildlife who live along its banks are all shaped by a dramatic 30-year cycle of drought and flooding which has always fascinated Eugene.

In 2007, Eugene was part of a CLP-funded project to document and publicize the importance of the Argun River - a globally important stop-over site for many migratory water birds species - every spring and autumn 1-2 million birds gather here. The river and wetlands are threatened by growing human pressures and an overall lack of conservation management. The negative impact of human activities along the river is noticed especially during the 30-year dry period.

The CLP project team was comprised of Chinese and Russian university students and conservation volunteers and provided a unique training opportunity to team members who work in challenging environmental and social conditions. The project led to important findings, including one new breeding habitat of the red-crowned crane along the Moergol River, pre-breeding aggregations of swan geese in the middle section of the Argun river, as well as the Moergol and the Genhe River mouths, and the sighting of great bustard at Huliyetu and Heishantou. In addition to a lack of suitable wetland habitat affecting breeding bird populations, the team also noticed increased levels of human disturbances including intensive grazing, direct egg collection, hay cutting, fishing and road development.

In 2008, the project was granted a CLP Follow-up Award to assist in connecting the Argun River wetlands with the Dauria International Protected Area (DIPA) in order to introduce a more dynamic form of conservation planning and management to the region. Eugene recalls the success which this project, and the training from the CLP international training course, had on local conservation management.

'Thanks to CLP project planning [the project] was introduced into core DIPA activities and resulted in the adoption of a long-term ecosystem and monitoring programme with emphasis on ecosystem response to climate cycles and anthropogenic pressure.' The project has contributed to information being submitted for two new protected areas in Russia: the Gazelle Valley Protected Area was gazetted as a Federal Refuge protected area in 2011, and the Argun Midflow Wetlands is still awaiting a decision.

Towards the end of the CLP Follow-up project, the team expanded their transboundary cooperation in the region and started to develop a wider network for ecosystem monitoring. To help drive this effort, the team initiated Rivers without Boundaries, a collaborative international network of organizations and experts dedicated to preserving the health of transboundary river basins in northeast Eurasia to address transboundary river conservation. Their website (which has Russian, Chinese and English language versions) was set up to facilitate the exchange of information between conservation NGOs and other interested parties.

Since being funded by the CLP, Eugene has broadened his approach to address more sizable challenges along a bigger river. The mighty Amur river, which runs 4,000km through Mongolia, China and Russia, is one of the last, great free-flowing rivers of the world. It is the tenth longest river in the world and home to some real freshwater giants - the Kaluga sturgeon (Huso dauricus) and the Siberian taimen (Hucho taimen) which can grow to over 5m and 2m respectively. In China, the river is also known as the Black Dragon River, in recognition of the legendary river monster which dwells within its deep waters.

Like other rivers in the region, the Amur is threatened by large, unsustainable mining and damming projects driven by the demand for hydroelectric power and precious natural resources in China, Russia and Mongolia. The role of Rivers without Boundaries has been crucial in bringing local communities together and giving them the means to evaluate proposed mega-projects and take a more active role in deciding the future of the river upon which they depend. In May, 2013, Eugene was awarded a Whitely Fund for Nature award in recognition of his efforts and he will use the funding to build local capacity amongst community members to help them access construction projects and safeguard against dams in two more rivers.

One can only imagine how demanding and challenging Eugene’s work has been – to successfully lobby against large-scale, government-backed construction projects is no small feat and he has been urged on by three things: a love of nature, pure tenacity ('Never give up' is Eugene’s advice) and a dream…

'I always had a dream to take a boat along the Amur river. I’ll probably never have time to make this boat trip but I will work hard to preserve this opportunity for my son and daughter.'

If any CLP alumni are interested in Eugene’s work, particularly his expertise in infrastructure analysis along water ways and the impact of dams, please contact him via the CLP alumni network.

I always had a dream to take a boat along the Amur river. I’ll probably never have time to make this boat trip but I will work hard to preserve this opportunity for my son and daughter. 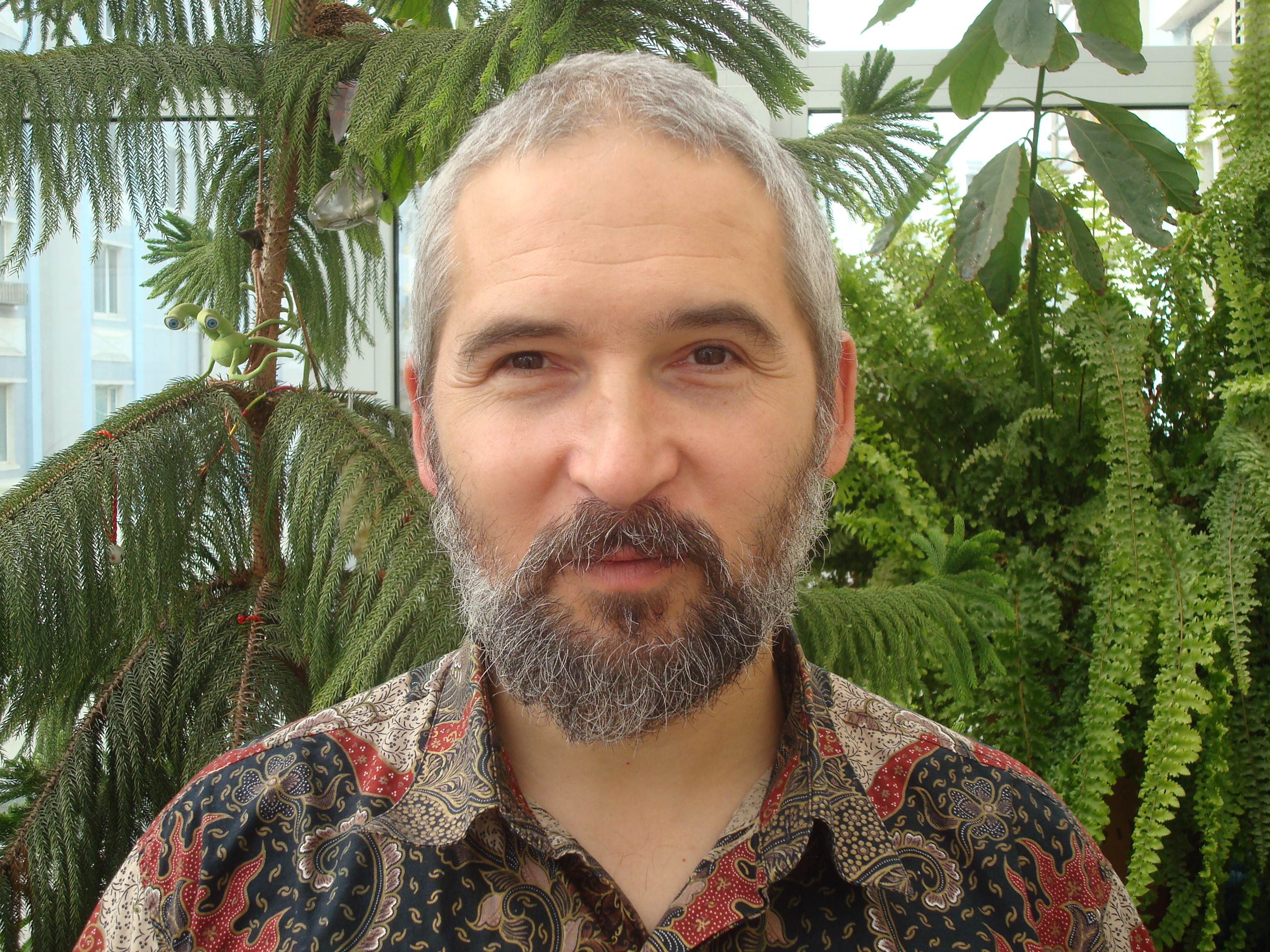