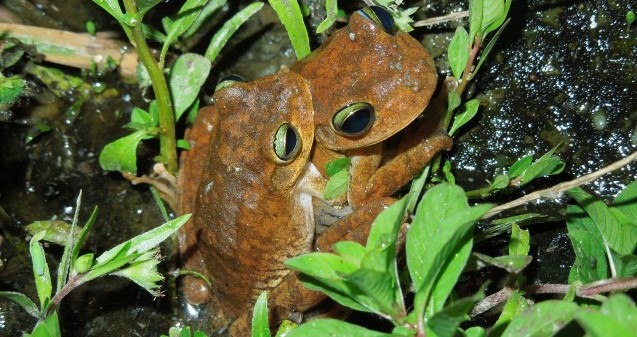 During a recent trip to Colombia the CLP was reunited with Dr Nicolas Urbina-Cardona, CLP alumnus and Director of the Bachelor Programme in Ecology, at Pontificia Universidad Javeriana in Bogota. We learnt that as well as being a prolific author, researcher, advisor and family man, he also plays blistering solos in a local heavy metal band. Cranking it up to eleven, take it away, Dr Urbina!

Colombians play an important role within the CLP alumni network. Not only do they know how to ignite the party atmosphere at events, they also support peer-to-peer learning and mentoring, and help to promote the CLP. Therefore it came as no surprise to learn that Nicolas first heard about the CLP from his Colombian friends. But it wasn’t until he travelled to Mexico to do his PhD that he first received CLP funding.

In 2007, Nicolas was involved in a project led by Georgina Santos Barrera researching the status and population trends of amphibians in relation to microenvironments of the montane forests in southern Mexico. He fondly recalls the ‘magical’ site where the team made its base within the small community of El Molote, home to just 450 residents.

'I really liked being able to live and share experiences, traditions and good food with local people. But they had serious economic problems and were trying to survive by growing shaded coffee and flowers. And at the same time there were issues related to illicit crops: This is a real life conflict of conservation of biodiversity.'

One of the greatest successes of the project was the result of its environmental education campaign based on an educational book published by the team which proved particularly popular with the children.

'One young girl joined us regularly on field trips and she became quite an expert at surveying and identifying amphibians. Her abilities grew to the extent that she was then able to teach other children these skills. After our project, more researchers came to the site and contracted some of the children to work as field guides and assistants!' The project also resulted in the publication of a scientific paper published in the Mexican Journal of Biodiversity about the role of matrix-edge dynamics of amphibian conservation in fragmented landscapes.

In 2008, Nicolas received a CLP travel grant to present a poster about the project results at the Student Conference on Conservation Science in Cambridge, UK. Here he met like-minded herpetologists from around the world including several CLP alumni and also met Dr. Rob Ewers and Dr. Kapos

'two researchers that I admire a lot because they have inspired my work on habitat fragmentation effects on amphibians and reptiles.'

Returning to Colombia, Nicolas accepted a job as Ecosystems Services Coordinator for one of the CLP partners, Conservation International, which he described as the biggest shock of his professional life.

'After spending so much time in the field, I had to learn the real life of biological conservation in a political, economic and administrative realm.' This is when he understood first-hand the interactions between conservationists, the private sector and government which has enabled nature to be valued as an essential part of a nation’s economy. These lessons have served Nicolas well and his advice to young conservationists is that they think beyond biology and consider learning about economics, politics and social sciences too.

In 2011, Nicolas was employed by the university where he studied as an undergraduate. First as a research teacher on the new Master´s programme in Conservation and Use of Biodiversity and currently as Director of the Ecology undergraduate programme. He also recently coordinated the Save The Frogs event at the university.

The future holds many more challenges for Nicolas and he plans to focus his efforts on herpetofauna, looking at the relationship between functional diversity and ecosystem services along habitat fragmentation gradients and possibly starting up a new research lab.

Bidding ourselves farewell at the end of our stay in Colombia, we saw Nicolas relaxing in his natural role, metaphorically jamming along with a group of young conservationists and discussing ideas for new projects. Anyone wanting to tune into his work and view his extensive list of publications should visit his personal website and CLP alumni are encouraged to contact him directly via his NING profile page.

After spending so much time in the field, I had to learn the real life of biological conservation in a political, economic and administrative realm. 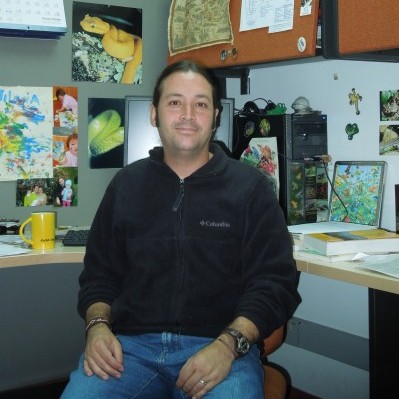