Home > Our Impact > Success Stories > Interviews > Rising through the ranks

Rising through the ranks 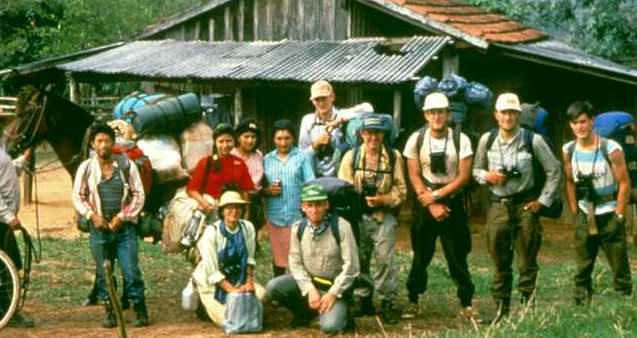 Tom Brooks became a CLP alumnus in 1992 and has since risen the ranks as a conservation professional. From 2002 to 2010, he served on the CLP Executive Committee as CI´s Vice-President, Conservation Priorities and Outreach. Tom is currently Vice President for Science and Chief Scientist at Natureserve. Stuart Paterson caught up with him after another fun-filled CLP party at the International Conference for Conservation Biology.

How did you first find out about the CLP and what were you doing at the time?

I vividly remember finding out about the ICBP/FFI Expeditions Competition, as the CLP was called back then, at a Bird Club meeting in the Prince Regent pub. I was 18 and had just started at the University of Cambridge, UK. Through the noise and smoke, the excitement was palpable: one group had just returned from Nechisar National Park in Ethiopia, and were showing pictures of a python. Other teams were telling stories of bird surveys in the Solomon Islands and a biodiversity inventory in Tanzania´s Usambara Mountains. I was smitten.

What were the most significant outcomes of your first CLP project?

Our first application for Project CANOPY 92 was prepared with Fundación Moises Bertoni in Asunción, who were planning biodiversity inventories in Eastern Paraguay. The threatened species which our surveys revealed helped to attract attention, funding and improved management to Paraguay´s key sites. I´ll never forget finding the Black-fronted Piping-Guan, a turkey-sized bird, lurching through the treetops of a remnant forest near to the Itaipú Dam! The project also helped to catalyze the establishment of Guyra Paraguay, now one of the most influential and effective NGOs in the country.

Why did you decide to go for a second CLP award?

We had a conveyor belt tradition back then, which I highly recommend to today´s aspiring conservationists. Junior team members carried out most of the fundraising, experienced members led the planning, and the most senior members served as advisors. This mechanism was remarkably effective at providing experience in a range of activities and passing the passion for fieldwork down through the years. I was a senior member of a team searching for long-lost bird species on the islands of Sumbawa and Flores and we found two of them! The tiny Wallace´s Hanging-parrot and the striking black-and-white Flores Monarch.

Are you still in contact with any of the members from these teams?

Of course! I´m happy to say that most of them are still involved in conservation Miguel Morales works for CI in Washington DC; Lucia Bartrina is still with Fundación Moises Bertoni; Rob Clay works for BirdLife in Paraguay; Pak Alo Sahu, working for Komodo National Park, has just discovered the famous Dragon on another island, Padar; Stu Butchart is senior scientist at BirdLife International; Tom Evans is with WCS in Cambodia; and Guy Dutson recently completed the identification of Important Bird Areas of Australia.

How did the CLP make a difference to you?

The CLP was enormously important in revealing the challenges, values and benefits delivered when people from different places and cultures work together. That emphasis on glorious diversity remains a hallmark of the CLP today. Those CLP-supported projects taught me persistence in fundraising. They taught me that smiling is the best way to get through bureaucracy. Maybe most importantly, they instilled in me a great love for fieldwork. As conservation has become professional, much of the enterprise must take place in board rooms, which risks disconnecting us from the biodiversity in question. Having had that early career immersion in conservation on the ground has helped me to keep that connection strong.

Could you share an interesting anecdote from your time on the CLP Executive Committee?

The chance to work with such brilliant colleagues from the partnership was a huge honour. And, wow, the annual CLP parties following the SCB conference have become the stuff of legend! But it was tough, too: much of that time, our efforts were focused on resisting a demand from the programme´s major donor to reduce CLP´s geographic scope to just 20 countries. We fought long and hard to no avail. Ironically, three years after this painful decision was made, the funding structure of the programme shifted and the CLP has opened up globally again. Long may it flourish as such!

In your career to date, what has been your biggest challenge, and most rewarding success?

The answer to both of these is the same: building a link between the conservation of species and the conservation of places. Species conservation and site conservation have somehow got on separate tracks and when you consider what tiny ranges most species have, and that the primary threat to them is habitat destruction, this is just crazy! BirdLife spotted this disconnect 30 years ago and established the concept of Important Bird Areas safeguarding places to ensure the survival of bird species. My biggest challenge has been to extend this approach across the rest of biodiversity and you wouldn´t believe the resistance we´ve faced in doing this! But we´re getting there - a formal IUCN inter-commission taskforce is dedicated to the issue, and we´ve had tremendous success in establishing an Alliance for Zero Extinction to conserve the most critical sites.

Keep a crystal clear focus on the distinction between the ends and the means of biodiversity conservation. Of all the impacts that humanity has on the planet, most are reversible: we can clean up pollution, restore habitats, even, in theory, reverse climate change. But once a species is extinct, we can never bring it back. Conservationists have a fascinating toolbox to help tackle this crisis: protected areas, community conservation, payments for ecosystem services, REDD, you name it. But these are steps in the path, not ends in themselves so my advice is simply to keep that ultimate goal of preventing extinctions in your sights, through thick and thin.

Sure. Under the banner of IUCN, the conservation community has made enormous strides forward in understanding the conservation status of birds, mammals, and amphibians; a lot of this has been thanks to the efforts of the 3,000 conservationists supported to work in the field by the CLP. I want to see this kind of understanding rolled out across the rest of life on Earth especially life in water which, according to recent evidence, is even more imperiled than on land.

You have published widely, hold numerous visiting positions and sit on important committees/ taskforces - What keeps you going?

My family. I have a lovely wife and two wonderful children, who provide me with constant inspiration to fight to maintain the splendor of life on Earth.

Keep a crystal clear focus on the distinction between the ends and the means of biodiversity conservation. Of all the impacts that humanity has on the planet, most are reversible: we can clean up pollution, restore habitats, even, in theory, reverse climate change. But once a species is extinct, we can never bring it back. 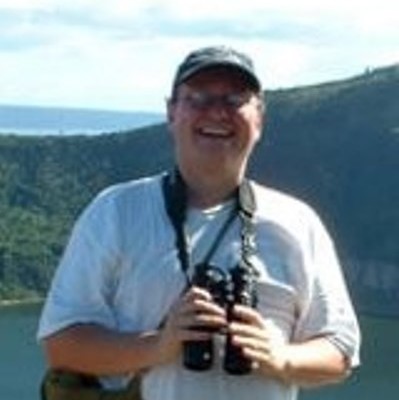