Snapping up Awards for Croc Conservation 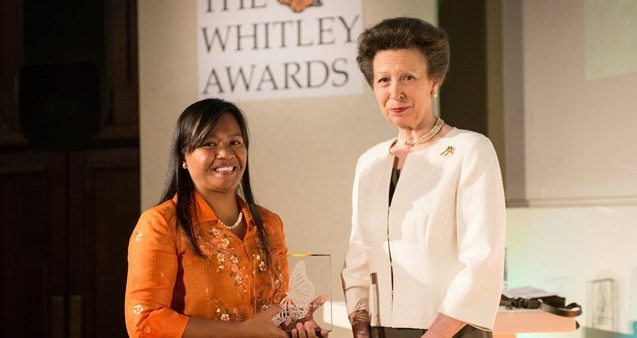 The Conservation Leadership Programme (CLP) identifies potential leaders with a strong commitment to conservation and positions them to multiply their impact.

It is always exciting to hear of this commitment and leadership being recognised by other conservation organisations so we were delighted to learn that CLP alumna Tess Gatan-Balbas recently won a Whitley Award, donated by WWF-UK. The award recognises the important work Tess and her team from the Mabuwaya Foundation have been doing to protect the world’s rarest crocodile, the Philippine crocodile.

Tess’ involvement with the Critically Endangered Philippine crocodile began in 1999 when the species was rediscovered in San Mariano, Isabela. At this time she was working as a community organiser in Northern Sierra Madre Natural Park – an area where she still enjoys working because it offers glimpses of rare wildlife such as the Philippine eagle, Isabela oriole and the recently described giant fruit-eating monitor lizard (Varanus bitatawa).

During her early work, Tess discovered that local people considered this unique reptile to be a pest and a danger to humans. As a result animals were frequently killed and the total number of mature individuals in the wild dropped to fewer than 100. Tess felt passionately that action needed to be taken to prevent the species from becoming extinct. Together with colleagues from the Northern Sierra Madre Natural Park conservation project, she began to research and raise awareness.

In 2005, Tess joined the Mabuwaya Foundation after having collaborated with Mabuwaya as community organiser of WWF Philippines for a few years. Mabuwaya is a Filipino NGO that was established as a result of the CLP Consolidation Award (now known as a Conservation Leadership Award). The NGO was built on the foundation of two previous CLP-funded projects implemented by a team of Filipino and Dutch conservationists which focused mainly on crocodile research and explored interactions between crocodiles and humans which often led to conflict.

The work her team is carrying out covers two approaches to conservation. “We are trying to stop the killing of crocodiles by gaining the love, respect and acceptance of the people towards the crocodile. Our campaign involves school lectures, puppet shows and theatre, student visits to crocodile sanctuaries and engaging communities and other stakeholders in crocodile conservation activities. We are also trying to limit the spread of agricultural land into crocodile habitat, and restore their habitat through reforestation and agroforestry activities.”

The success of the Mabuwaya Foundation in protecting and improving the numbers of crocodiles has been astounding, with numbers increasing from just 12 in 2001 to over 100 living in the wild today. Furthermore, the number of crocodiles killed has reduced from 13 in 1998 to only 1 in 2013.

A big challenge in Tess’ work is trying to convince people that they should be proud rather than scared of crocodiles and her methods appear to be working very well. “When I started working on crocodile conservation, people would see a crocodile and run away in terror screaming “Halla Buwaya!” (Oh no! A crocodile!). But now, if people see a crocodile, they smile and say, “Oy, Buwaya, Ooh!” (Oh wow a crocodile!) with a look of amusement and excitement in their eyes. This gives me a feeling of happiness.”

As the Mabuwaya Foundation has grown, they have developed an excellent network with partners at the local, national and international level and their projects now include conservation of wetlands, flying fox and Isabela oriole. They have also expanded their funding base and today they count on a number of national and international foundations, statutory donors and zoos from around the world which hold Philippine crocodiles. The fashion brand Lacoste supports their work through the "Save Your Logo" campaign, and they also welcome donations from individuals to fund school children in crocodile areas.

Working on the CLP projects has given Tess confidence and changed the way she interacts with others in the workplace. “Previously, I would wait for my immediate supervisor to tell me what I should do. I would sit in a meeting and seldom share my ideas because I was afraid that I would not be heard so I end up being frustrated. I was afraid to attend regional and national meetings. But with the CLP projects I was given the chance to develop my self-confidence as I was allowed to strategize our activities to better implement the project. Now I can represent our foundation in a meeting and I can share my ideas in local, regional, national and international meetings.”

As an experienced alumna, Tess is keen to offer her services as a mentor to other CLP alumni. If you are member of the CLP alumni network and are interested in learning about community organizing or communication and education programmes from Tess, please contact the CLP and state your interest in the CLP Learning Exchange Programme.

When I first heard about the Philippine crocodile, it meant nothing to me. But when I learned about how special it is and that it is only found in the Philippines I realised that I had to do something to help. 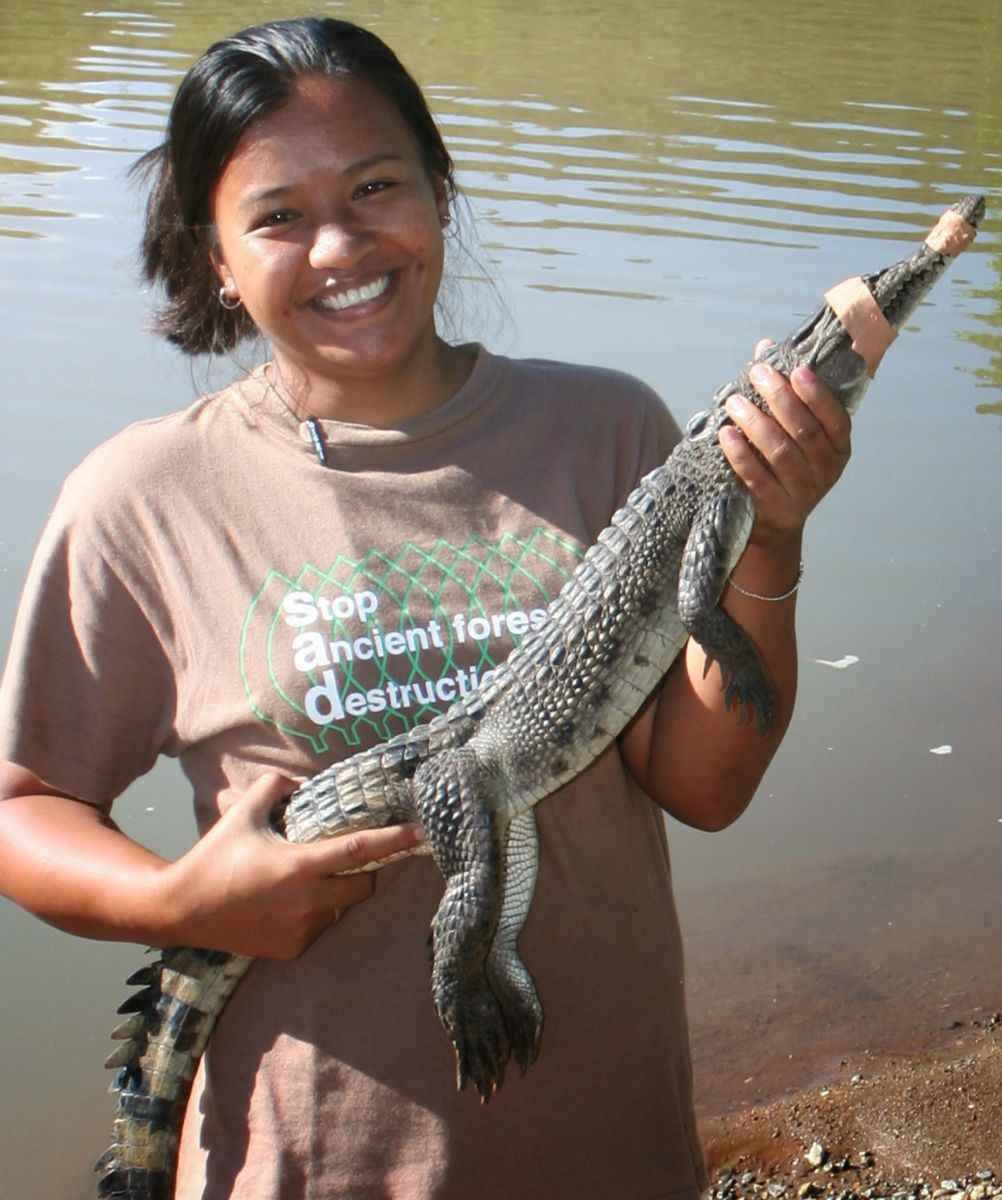