Angola’s central scarp forests are the key habitat of the western Angola EBA. This project aims to study habitat preferences of threatened birds and human impacts on bird habitats at Kumbira, the best example known of this habitat type, where four species of global conservation concern occur. Point samples of birds and habitat structure will be made in different habitat types (including agricultural fields), and human communities mapped and surveyed regarding natural resource use and agricultural practices. Recommendations for the establishment and management of a reserve will be made based on finding, and young Angolan biologists trained in field skills. 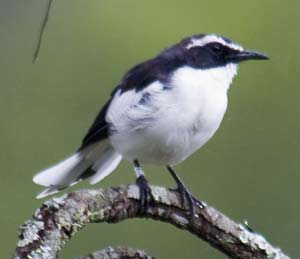