Baird´s, or Central American Tapir (Tapirus bairdii), is the largest land mammal in Honduras. It is classified by IUCN as Endangered due to habitat loss and hunting. Two or three large, isolated tapir populations are presumed to exist in the country. Little information is known on its general ecology, making conservation planning for tapir in this region difficult. This project will generate scientific data on tapir distribution and habitat use in Nombre de Dios National Park (NDNP) and raise awareness amongst local communities about the value of protecting this species and its remaining habitat to maintain water resources. Data on tapir ecology will be obtained using direct and indirect sampling methods. This will be the first information documented about this subpopulation. Through environmental education and outreach activities and stakeholder meetings we will raise awareness amongst the local community and general public about the importance of tapir conservation and the need to reduce levels of tapir hunting. Key findings will be shared with stakeholders, including NDNP managers to update park management plans and take into account tapir habitat needs. Results from this project can be applied to conserve other tapir populations in Honduras contributing to the long-term survival of the species. 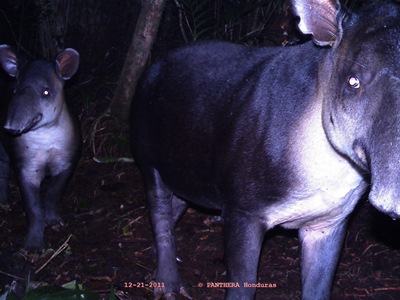