Establishing baseline data for the conservation of the Critically Endangered Isabela oriole, Philippines

The Isabela oriole, (Oriolus isabellae), is one of the least known Philippine bird species. Endemic to Luzon, it is Critically Endangered and probably survives in the last remaining lowland forests of this island. With its conservation status based on a precautionary estimate, this project aims to gather baseline information on the species and its habitat, and use this information as basis for its conservation. Sites with historical records of the bird will be surveyed. We will employ visual and aural cue counts in response to play-back method to estimate its population size and generate a distribution map using GIS. Also, species-habitat associations and threats to both the species and its habitat will be identified and characterized. The collected information will be disseminated through an education and awareness program and will be used to create a conservation action plan for the Isabela oriole. With the goal of promoting Isabela oriole as a flagship species for the Province of Isabela, hopefully the project will lead to better protection of the remaining forests and its biodiversity. 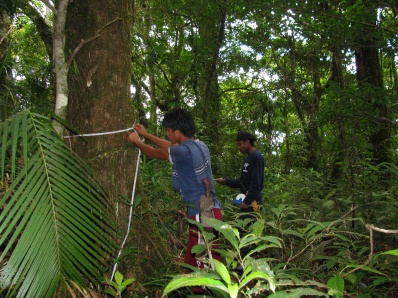