Home > Our Projects > Supported Projects > The Bhimashankar strategy: toward a region-wide community conservation programme in the Western Ghats, India

The Bhimashankar strategy: toward a region-wide community conservation programme in the Western Ghats, India

To develop a small enterprise that will train local youth groups and provide them with opportunities to earn a living through ecotourism activities.

Project update: “The BWS is one of the most popular tourist destinations in western India and the ancient temple of Bhimashankar attracts thousands of pilgrims each year. However, the BWS is also an example of mismanagement and of tourism that is unsustainable, both ecologically and socially. Having developed a CLP-funded community-based project in the area, in 2009 the Applied Environmental Research Foundation (AERF), a local conservation NGO, set out to address the issue of tourism in the BWS through a community perspective.With the invaluable support of Kate’s Award, AERF began organising meetings and training sessions with community tour guides appointed by the state Forest Department. However, due to changes in leadership at the local range office, there have been considerable delays in organising the guides. A tourism plan is being developed by the Forest Department and, after its approval, the training of the guides will resume. In the meantime, the project team has compiled local information, folk-tales and stories from elders of nearby villages in order to prepare a tourist information booklet. The booklet is currently being designed and will be published in English and Marathi.” Sameer Punde 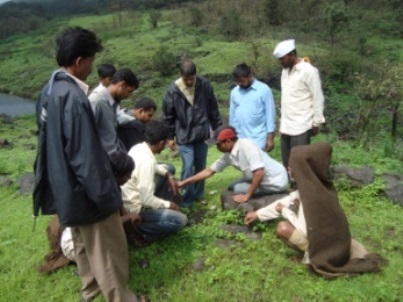