The brown-headed spider monkey (Ateles fusciceps fusciceps) is one of the 25 most endangered primates globally. Habitat loss and fragmentation along with hunting have caused a severe reduction in population size of this species. Furthermore, its habitat within the Ecuadorian Choco hotspot, has been seriously threatened by deforestation, cattle, and monoculture. The purpose of this project is to understand current population density and distribution of the species to identify priority conservation areas within a community-based participatory framework. Population densities will be estimated using line-transect surveys in two sites, playback surveys and participatory reconnaissance surveys at five sites. Moreover, community engagement will be enhanced through participatory workshops and training; giving communities different tools to become the main actors in the conservation of their forests. 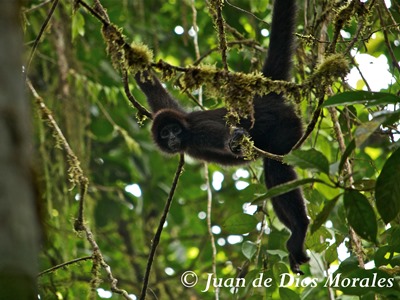