Black Sea cetacean species are classified by IUCN categories (Common dolphin – Delphinus delphis ponticus - VU, Bottlenose Dolphin – Tursiops truncates ponticus - EN, Harbour porpoise - Phocoena phocoena relicta – EN). The seawater conditions combined with productive coastal habitats and commercial fish migration in the Georgian territorial waters form an important breeding and wintering site for cetacean species. However large scale fisheries operating in Georgia are targeted at species which are important prey items for cetaceans. Due to their habitat in productive coastal waters, cetaceans are captured incidentally in commercial fisheries. They are taken in a variety of gear types, but the vast majority of this mortality occurs in bottom-set gill nets. Thus it is making by-catch and over-fishing serious threats to the species. The cetacean populations appears to be decreased in regard to anthropogenic activities. The aim of this project is to assess cetacean population mortality rate and install acoustic deterrents like Pingers in order to decrease the by-catch rate in gill nets. Derived outcomes will be the involvement of locals in stranding monitoring as rapid responders to reported cetacean stranding. The success of the project will be the improvement of awareness about the value of the species. 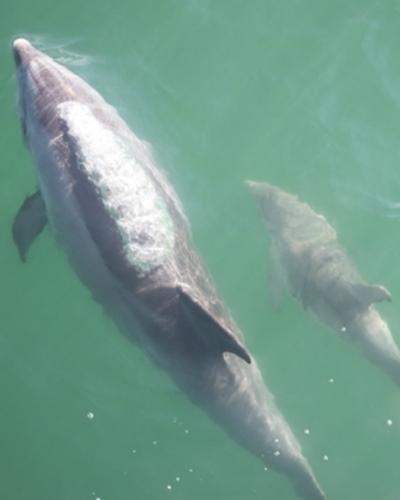