The Marca´s marmoset (Mico marcai) was described in 1993 based on three skins collected by the Scientific Expedition Roosevelt-Rondon in 1914. In January 2012, after almost 100 years we confirmed the presence of the species in its natural habitat. We aim to obtain the first biological information about this marmoset and contribute to scientific understanding to improve their conservation status. With this information we hope to raise local communities’ awareness of the marmoset and involve them in conservation activities. We will select four locations in the Aripuanã basin river where we will conduct linear transects to determine marmoset distribution, relative abundance, group size and composition. We will also make records of land use and the economic activities to identify the main potential threats to the species. The results of this project will be communicated with the local communities and will be incorporated into awareness-raising material. This information will allow us to decide the next step of M. marcai conservation and to define strategies to further engage the local communities. 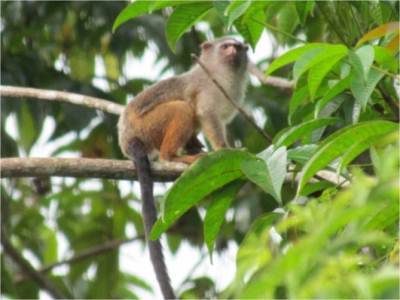