70% of the global population of the Arabian dragon tree are found in the Dhofar mountains in southern Oman. It is listed as Endangered (EN) on the IUCN Red List. However the designation is based on qualitative data. To date no rigorous quantitative study in to the species conservation status has been conducted. The purpose of this project is to gather baseline data on the species, distribution, population size, health status, reproductive capacity and traditional uses in Oman. Through detailed field work the project team aim to geo-reference 70% of the trees and generate GIS based maps detailing the distribution and geographic-ecological extent of D. serrulata. A population census (incl. age class, health status and reproductive capacity) will be conducted. Using a range of methods (written, audio and visual) local traditional uses and attitudes towards the species will be documented. Results will be used to update the IUCN status and develop a species action plan and raise awareness of conservation issues in Oman. Maps, images and data derived from the study will be used to produce educational material for use in local schools and in the Oman Botanic Garden education programme.

Watch the project video to find out more: 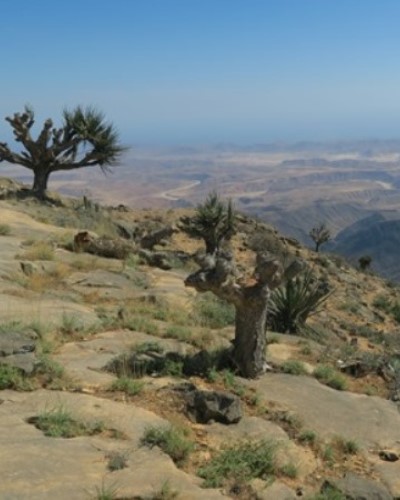