Once acclaimed as the 'tiger of river', the Himalayan or Golden mahseer (Tor putitora) is in peril owing to destructive fishing methods, indiscriminate fishing of brooders, habitat fragmentation due to construction of dams and barrages. The species is currently assessed as ‘Endangered’ by IUCN. With no strict mesh-size regulations and enforcements on catch limits, the current regulatory framework has failed to contribute towards its conservation. Our goal is to assess its current population status in around 90km stretch of upper Ganga River in India, so as to identify critical habitats that can be prioritized as conservation and restoration zones. We will evaluate its population structure, dynamics and will compare the current data with past decade records to estimate plausible future trends. We will involve local stakeholders as villagers, students, political leaders, angling associations in different capacities to achieve population restoration in near future. Awareness campaigns and installation of banners to disseminate information about its breeding biology and migration routes to local communities will aid in reducing indiscriminate fishing and conservation of broodstock. This integrated effort will help in achieving long term conservation goal of the ‘Charismatic’ golden mahseer. 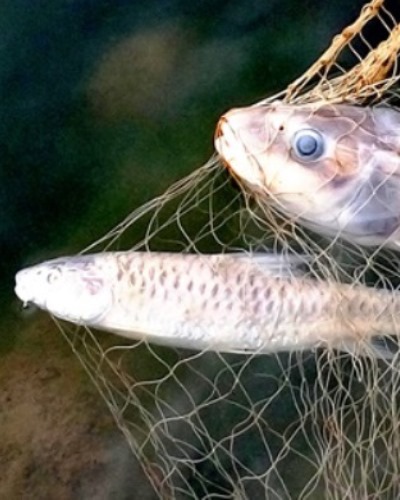