The endangered Greater Adjutant (Leptoptilos dubius) is currently known to breed only in Assam, India, and Cambodia. Out of its total estimated global population of 1,000 about 600-700 birds are found in Assam. This poorly studied bird is now facing the threat of extinction, and its survival depends on crucial ecological information and campaigning among stakeholders. A network of conservation volunteers will be formed which will carry the project beyond the project tenure. 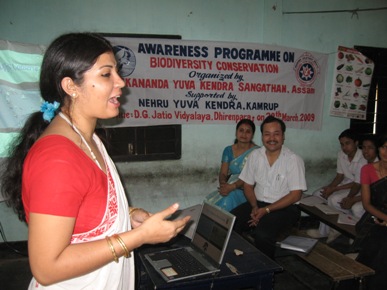