To preserve ancient forest in the Misiones province of northern Argentina, a project with which Kate had been personally associated.

Project update, 2010: “The Urugua-í-Foerster Biological Corridor Project developed by Conservación Argentina (CA) has made great advances during the past two years. The Yate-í Natural Reserve acquired by CA shows big improvements; the visitors’ centre building was finished and a new biological station for researchers was established. This infrastructure was built with the support of Kate’s Award, the CLP and the IUCN-Netherlands Committee. “The visitors’ centre constitutes the entrance to the biological corridor and provides a training centre in conservation and agroecology. CA built a series of paths within the forest through different natural habitats and areas that are being restored. The principal path across Yate-í is formed by Kate’s Trail, created in memory of Kate Stokes, which was inaugurated in 2008 in the presence of the Stokes family and CLP staff.

Kate’s Trail also has an observation deck for bird watching and landscape contemplation. “Conservation of the biological corridor is improving every day. In the past two years seven new properties have been incorporated as private natural reserves and some of these have developed new ecotourism programmes. In consultation with CA, wildlife crossing facilities were built over and under the main highway which crosses the biological corridor, including the first eco-duct (wildlife overpass) in Latin America. These measures diminish the impact of wildlife road kills and fragmentation in the biological corridor.” Diego Varela 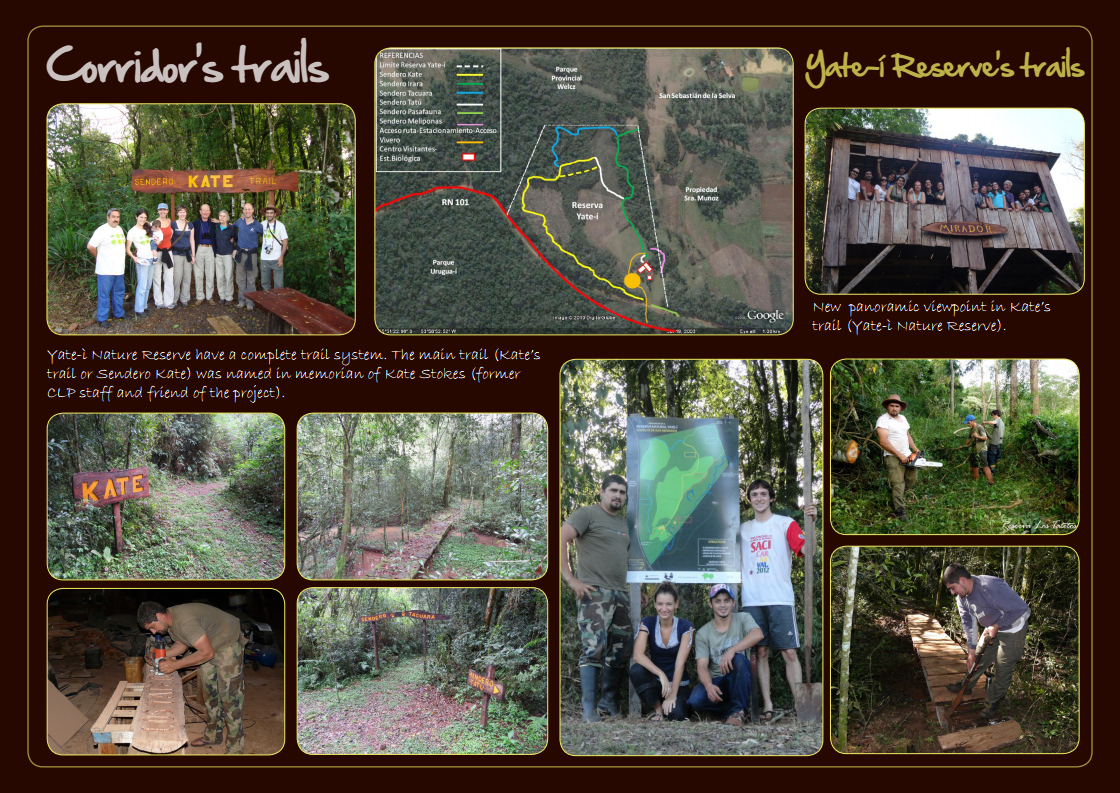