We aim to conserve hog deer (Axis porcinus) around Indawgyi lake, the third largest freshwater lake in South East Asia. Grasslands on the lake’s eastern shore are home to a newly discovered population of hog deer, which is facing numerous threats. The project aims to protect this species and its habitat together with local communities who live around hog deer habitat. The project will train two local staff in order to conduct field surveys to understand the population status and distribution of hog deer in Indawgyi area, and as a baseline for monitoring. Local conservation groups will be formed at two villages to participate in these conservation activities and establish a hog deer conservation area in collaboration with the wildlife sanctuary authority. An awareness programme will be conducted to indicate the species’ threatened status which will also benefit other threatened wildlife known from the site. This project represents a pilot collaborative conservation initiative in Indawgyi. 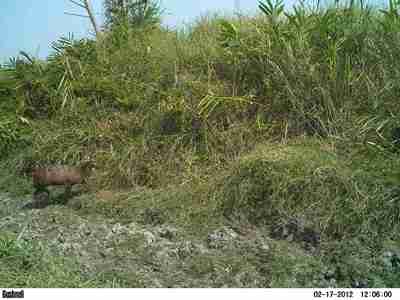