Protecting the horseshoe bats of Romania

All five European horseshoe bat species are listed in the European Union’s Habitats Directive, and are threatened by multiple factors, which are related to human activity and lack of awareness. Méhely's horseshoe bat (Rhinolophus mehelyi) is vulnerable, and has a single known colony in Romania, with less than 100 adult bats. The colony shows low genetic variability and is threatened by isolation. However, large areas in Southern Romania are data deficient. Based on recent field work, significant horseshoe bat populations could exist in these areas, especially in the case of Méhely's horseshoe bat. The project aims to improve the status of horseshoe bat populations in Southern Romania. This will be achieved by updating the scientific knowledge about horseshoe bat colonies in target sites, by raising awareness in local schools about bats and bat protection, and by advising decision makers about long-term measures to protect horseshoe bats. The most important outcome of the project will be that local decision makers, especially protected site administrators will be able to include specific and long-term measures of horseshoe bat protection in their management plans. Results will contribute to the overall goal of the project: a better conservation status for bat populations in Romania. 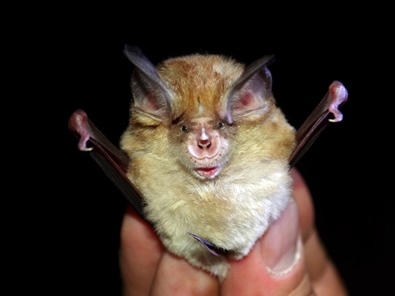