The team plan to build on the success of their 2012 CLP Future Conservationist Award project by further improving connectivity between forest fragments in the Los Tuxtlas region in Veracruz and transforming conventional pastures into plots of silvopastoral systems that can sustain food production in the long-term. The expected results will decrease incidences of deforestation and reduce the effects of fragmentation, thereby maintaining biodiversity and many ecosystem services.

Building upon previous efforts, and taking on encouraging suggestions from cattle-ranchers, the team will now plant fruit-bearing trees which provide a wide array of environmental services. These services include offering more fruit to seed-dispersing animals, providing shade to control exotic grasses, helping to nurture soil with nitrogen, serving as perches for birds, and improving the environmental conditions to maintain populations of animals that help regulate the environment.

The team will also create a protein bank (a plot planted with high densities of forage species) to help reduce the costs of supplementary feed to maintain cows. This will demonstrate to ranchers the benefits and potential reduced costs of recovering and maintaining ecosystem services.

This project will be based initially in a 3 hectare pilot area in one ranch, but has the potential to influence many more ranchers owning 300 hectares. With the results of this pilot study, the team will develop a manual on how to establish agro-silvopastoral systems which will be distributed to local stakeholders. 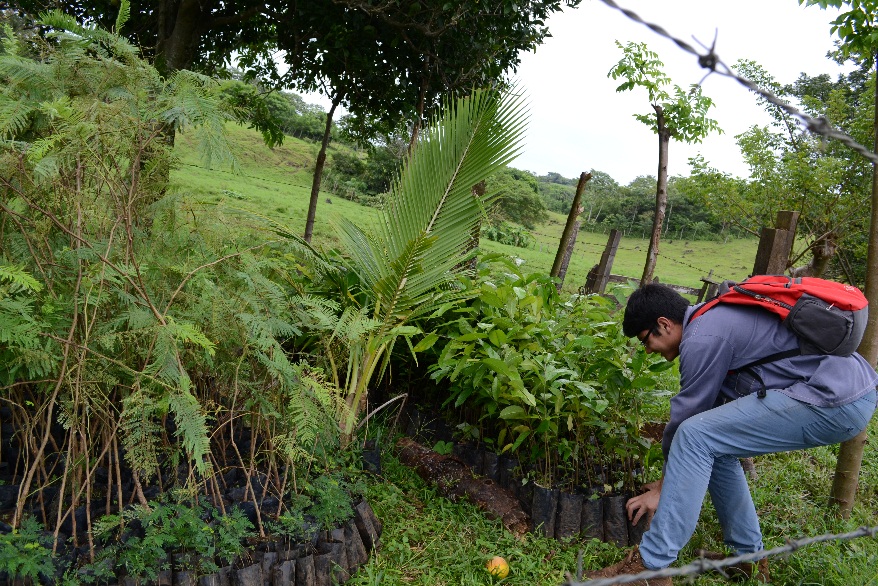