Initiating a bycatch monitoring programme for seabirds in Turkey

Mortality in long-line fisheries is a widely recognized threat to seabirds. Turkey holds a wide diversity of seabird species including globally important numbers of threatened Yelkouan shearwater; almost the whole estimated population is passing through Marmara and the Aegean Sea before the breeding season. From direct interviews with fishermen it is known that seabird species is bycaught by small-scale fisheries in Turkey but data on mortality levels does not exist. This project aims to make a first step towards reducing seabird bycatch in Turkey’s seas by initiating a long-term monitoring programme through cooperation with fishermen using long-lines and other stakeholders. With this project we have the opportunity to: (1) create a network with fishermen for long term bycatch monitoring; (2) collect first bycatch data in Turkey with interviews and on-board observations in order to set a scientific basis; and (3) offer to include seabird bycatch in the new legislation which will be in operation between 2016 and 2020. This project will directly contribute to the conservation plan of the Turkish government and will create a species action plan for Yelkouan shearwater (2014-2018) towards several national NGOs' marine programme targets and to BirdLife's new Seabird Task Force projects, which aim to prevent seabird bycatch in the Mediterranean Basin. 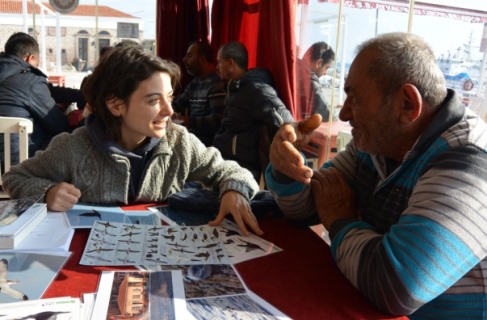