Involving local communities in conservation of the imperial eagle in Georgia

During the last decade in Georgia, imperial eagle populations have dramatically declined (from 53 pairs in 1991 to 10-15 pairs in 2003). This decline is caused mainly by the influence of anthropogenic factors (disturbance, habitat destruction, persecution etc.). Negligence from local communities and other key stakeholders towards the problem is caused by lack of knowledge and awareness. The purpose of the project is to increase breeding success of imperial eagle in Lori IBA. To reach this result we will use the following methods:Field research to identify unknown nests and to map them together with known nests. Monitoring of the nests and identifying most vulnerable ones by analyzing data about breeding success, threat severity and nest conditions.Using participatory approach to involve local communities in reducing threat severity. 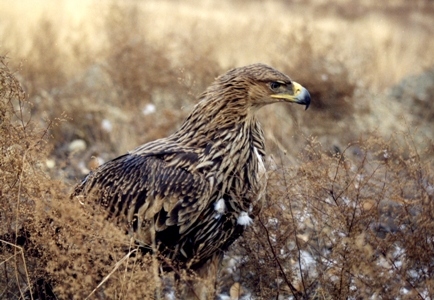