Meet the last population of the Marquesan kingfisher in French Polynesia

The Marquesan kingfisher (Todiramphus godeffroyi) became a Critically Endangered species on the IUCN red list in 2009 because one of the two populations of this species was declared extinct in 2005 on Hiva Oa. For this reason, it's very important to understand what is the situation of the last population on Tahuata. The species was last monitored here in 2003. The goal of this project is to evaluate the current population of this species and the possible threats to this bird e.g. loss of habitat, introduced rats, cats or birds. 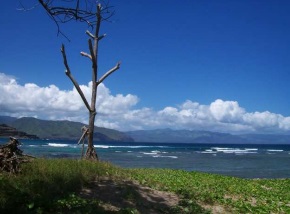