The globally threatened wattled (Grus carunculatus) and grey crowned (Balearica regulorum) cranes are wetland dependent birds and found in the Driefontein Grasslands. They are reported to forage in crop fields resulting in conflict with humans. No attempts to resolve the conflict have been conducted in the past. The overall project goal is to improve conservation of cranes through mitigating human-crane conflict in Driefontein. Specific objectives are investigating roles of crane species in crop depredation, assessing effectiveness of crane deterrent methods and raising public awareness on crane conservation. Three villages will be sampled and allocated to different treatments. 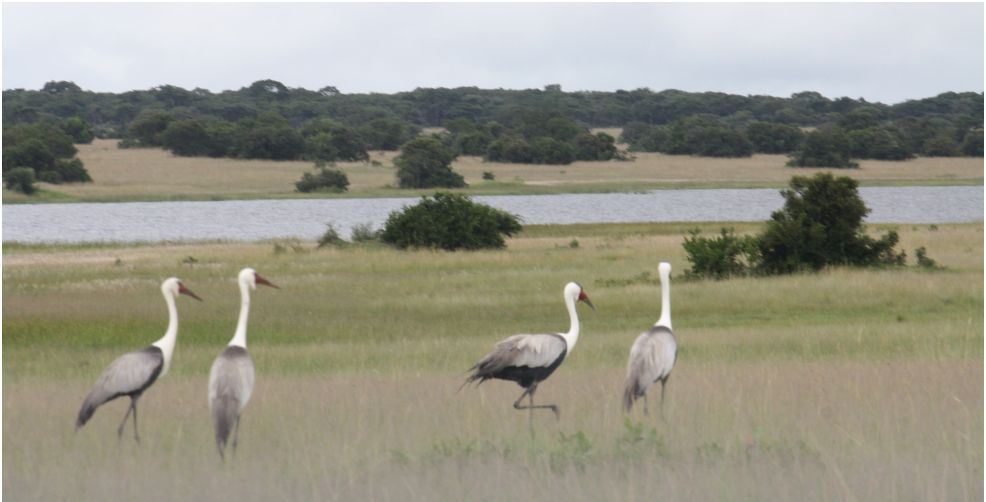