Aghanashini Lion-tailed Macaque Conservation Reserve (ACR), a newly formed protected area, contains many endemic and endangered species including the largest population of lion-tailed macaque (LTM). It also inhabits a large human population highly dependent on forests for subsistence. These forests have also been historically subjected to large scale developmental activities. Thus, there has been a rapid, annual loss of 1.9% of evergreen forests. The present study aims to monitor forest areas around agricultural lands for vegetation and fencing dynamics across distance gradient using a plot method. It attempts to predict land use changes using trend analysis on a GIS-Remote Sensing platform in relation to human demography and developmental activities on a time scale. It also attempts to use local people and administrators of ACR and adjacent areas as demonstrators for alternative agricultural and development models respectively for wide spread shift from conventional methods to implementing sustainable methods in ACR. Finally, it identifies areas for habitat restoration on the ground and suggests inputs to the forest department for the management plan of the area. Thus, it attempts to conserve an important habitat for several species including the northernmost population of LTM. 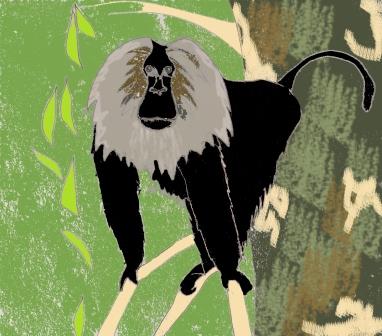