Mobula rays are migratory species that are vulnerable to extinction. The genus has received international conservation attention, with inclusion under the Convention on Migratory Species in 2014 and Convention on International Trade in Endangered Species in October 2016. To date, mobula conservation efforts in Indonesia have focused on target fisheries and illegal wildlife trade. However, bycatch remains a significant threat to wild populations, particularly within Indonesia’s widespread small-scale fisheries. This project will evaluate technical, economic, and social feasibility of modified fishing gear to reduce mobula ray bycatch within small-scale drifting gillnet fisheries. Our study is structured as a Randomized Control Trial to evaluate the impact of gear modifications. Fishery logbooks and port sampling will be implemented to measure landed volumes and catch-per-unit-effort of bycatch and target species. We will conduct an education program to increase awareness of community members, fishery high school students, and regional Marine and Fishery Officers. We will also evaluate stakeholder perception using questioners and interviews. The project findings will be presented at national workshops and we anticipate the project outcomes can contribute to improved management of small-scale fisheries and conservation of mobula rays 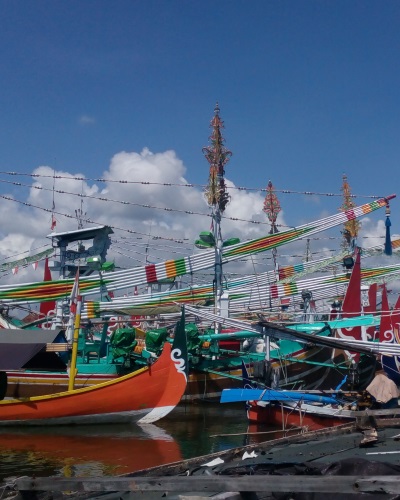