Monitoring and conservation strategies of dugong in northern Mozambique

The idea of the project comes from the involvement of the three project team members in an international cooperation project implemented inside the Quirimbas National Park (QNP), which allowed them to acquire information about the status of dugong in the area. While the species was relatively common in the past, their current distribution is unknown. No specific surveys have recently been carried out, but sporadic sightings are reported by fishermen. Many dugong populations are decreasing and severely fragmented. Effective protection measures are needed for this species (Vulnerable following the global IUCN Red List, east African populations were assessed as Endangered by Marsh et al., 2011).

Dugongs are one of the most difficult animals to observe in the wild. The aim of the project is to verify the residual presence of the species in QNP using an automatic underwater sound monitoring system, involving park staff and reinforcing their technical monitoring capacities. The collection of baseline information on this flagship species will improve the conservation strategies to manage this species and to preserve its role in the seagrass marine ecosystem. The project, involving local fishermen, will also increase local stakeholder’s knowledge and awareness on the value, protection and sustainable use of natural marine resources. 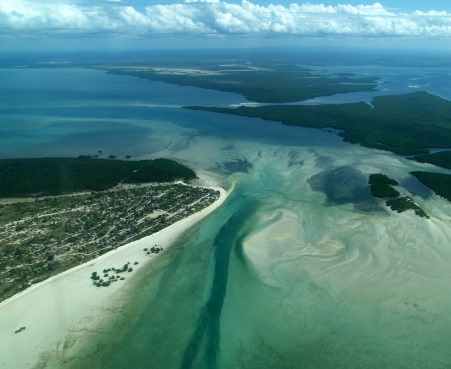