The Atlantic Forest is one of the 34 world hotspots of biodiversity and currently only 11.7% of its original cover remains. The Southern Muriqui (Brachyteles arachnoides) is an endemic species of the Atlantic Forest and is currently restricted to a few localities, particularly at the Serra do Mar region. Species such as the Muriquis, with high ecological requirements, are more sensitive to anthropic disturbances. Although remmant populations are in mountain areas, little is known about the species` occurrence along an altitudinal gradient. Using camera traps on the forest canopy and active searching we will assess the population size of Muriqui in the Três Picos State Park and Guapiaçu Ecological Reserve. These areas are part of one of the biggest remaining fragments of Atlantic Forest. Assessing their occurrence and habitat use allows us to identify where the important points for the habitat connection along the biodiversity corridors are. Also, it helps to identify strategic areas for forest restoration. As a result, we will be able to propose more effective management action plans for this Endangered species. The Muriquis are an umbrella species, and thus the development of conservation initiatives for this species will also contribute for the conservation of all the other Atlantic Forest species. 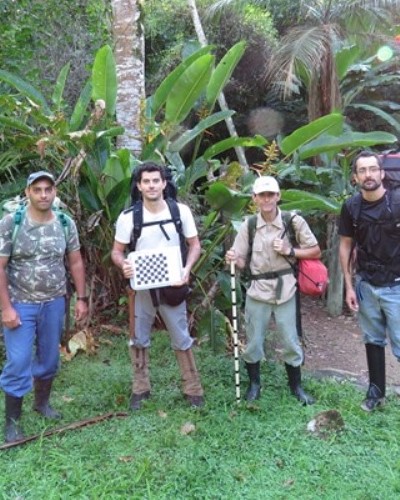