This project will carry out multi-species occupancy modelling for the western boundary of the Makgadikgadi Pans National Park (MPNP) in Botswana to assess the main transgression points that species use to leave and enter the park to/from community land. Migratory routes occur across the community land in the west of the national park, connecting the MPNP and the more southern Central Kalahari Game Reserve (CKGR). This has resulted in high levels of human-wildlife conflict in the region, and increased political pressure to manage wildlife populations by decreasing numbers and movement. However, recent plans to rebuild the game fence along the western boundary of the MPNP may disturb current migratory routes and lead to the isolation of populations within protected areas. Spoor surveys indicate the locations of elephant highways that may be useful as wildlife corridors. However, for the proper placement of wildlife corridors, we need additional information on other species that regularly use or avoid elephant highways. We are therefore planning a camera trap survey along the boundary to investigate hotspots in animal transgression. This information will be used for the strategic placement of wildlife corridors as well as the development of locally-adapted mitigation strategies to reduce human-wildlife conflict in the area. 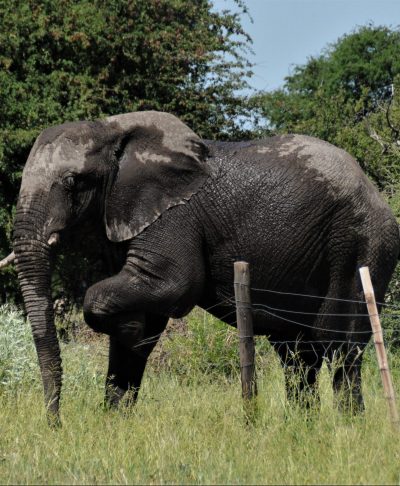