Habitat loss and population decline are the main threats to the population of Dypsis decipiens and Dypsis ambositrae, respectively listed as Endangered and Critically Endangered. Both palms are native to the central highlands of Madagascar. This project aims to promote a long term conservation of these two rare species in Itremo protected area. A population study including research on population structure and genetic analysis coupled with habitat modelling using GIS techniques will be carried out. Our approach to implement an environmental education involving the local community and the local primary school will help to set up a recovery programme of these species. We will generate a map of the current population structure, define the suitable habitats and the trends of these species relative to the climate change effect. Raising local community awareness will result in their active participation in the project and will reduce human pressure on grasslands and forests. To assist species recovery, 1500 seedlings are expected to be produced; 1000 of which for transferring in the wild. By the end of this project, the population of these palms will increase and their habitat conditions will be improved. 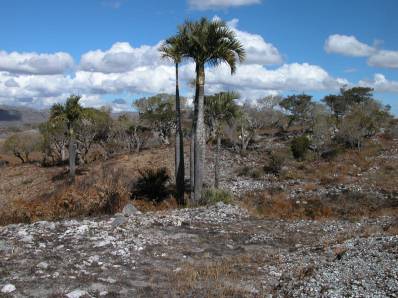