During the 1990s to 2000s vulture populations in the Indian sub-continent have severely decreased due to poisoning of their scavenged food with non-steroidal anti-inflammatory drugs (NSAID) including Diclofenac, which is widely used for treatment of livestock. But other threats such as electrocution and vulture habitat destruction are also recognised as responsible for threatening the remaining population of various vulture species in India.

The Uttarakhand state in the sub-Himalayan geographical location supports eight species of vulture found in the country except the Indian Vulture (Gyps indicus). Out of these eight species three species are listed as Critically Endangered (CR), one as Endangered (EN) and three species as Near Threatened (NT), while only one species is Least Concern (LC) in the IUCN Red List. However, there is limited data is on the population status and potential threats to these ionic species in the Uttarakhand state. Therefore, the proposed study will be conducted using various population survey methods. This information will be used to identify, develop and implement appropriate vulture conservation actions for the wild population as well as to ensure a safer habitat for captive bred vultures before release from conservation breeding centres. 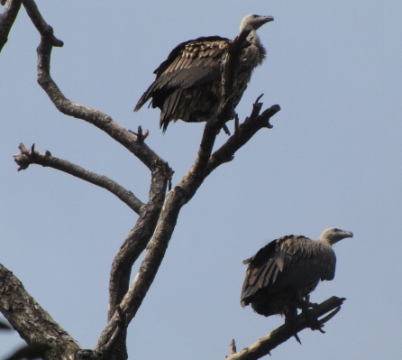