With just a handful of isolated sub-populations remaining in the wild, the El Rincon stream frog (Pleurodema somuncurense) is the most critically endangered frog in Patagonia. The recent expansion of invasive rainbow trout has restricted the frogs to the hot springs of the Valcheta Stream’s headwaters. Even there, where frogs should be thriving, they are declining because of habitat destruction by cattle. Since 2013, thanks to CLP, we have been working on the recovery of this frog. Our purpose is to ensure the long-term viability of three sub-populations by doubling the distributional range and size of two small extant sub-populations and re-establishing one extinct sub-population.

To achieve this, we plan to: (1) create fish barriers and remove trout from one kilometre of stream; (2) create three breeding sanctuaries by preventing cattle access, and restoring vegetation and rocky coverage; (3) re-establish a sub-population in a sanctuary where frogs have become extinct, and (4) engage the local community in biodiversity conservation by promoting ecotourism as an alternative to cattle ranching. This project will have a strong impact on the long-lasting viability of the El Rincon stream frog to become a model conservation initiative. 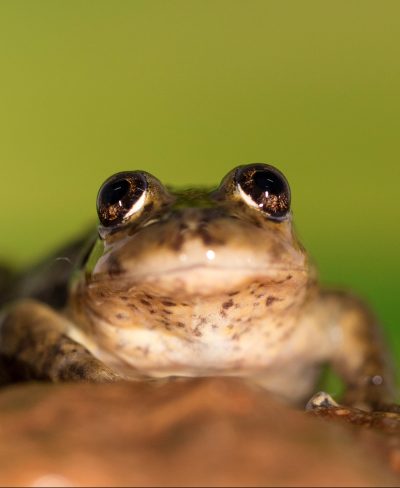