Red-handed howler monkey (Alouatta belzebul) is a vulnerable primate endemic to Brazil and occurs within three areas: the Atlantic Forest and both banks of the Amazon river. At the Atlantic forest, species is restricted to few small forest fragments. At the Southern bank of the Amazon river, the species is in the “Brazilian Arc of Deforestation”. At the Northern bank of the Amazonas river (Amapá state), populations are restrained to flooded forests along the margins of Amazon river and some riparian forests at a savanna landscape. There is no information about the occupancy area and biogeographical limits of A. belzebul in Amapá, where agricultural frontier is expanding rapidly in the savanna landscape. This project will provide the first opportunity to assess information about the conservation status of A. belzebul in Amapá, locating population of the species, investigating its biogeographical limits and evaluating ecological and social characteristics of the landscape and sites that influence its occurrence. This project will also establish a strategy of communication with locals, disseminating knowledge about the importance of A. belzebul to the environment and ecosystem services proved by biodiversity, and will use participative tools to create a conservation strategy for the species in Amapá. 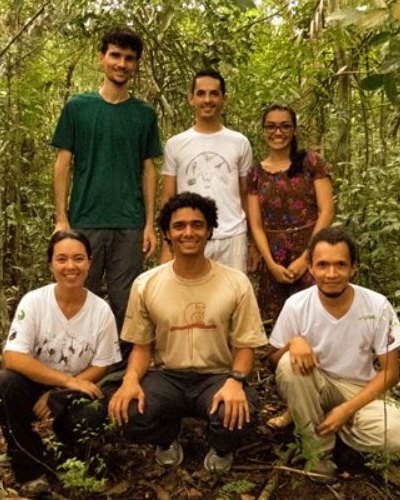