Sclater's Monal (Lophophorus sclateri) is endemic to the eastern Himalayas, and has been poorly known due to its remote and inaccessible habitats. Based on our long-term research work on this species, we realize that food availability possibly acts as another important factor limiting its population growth. Unfortunately, its diet is composed of some plant species that are intensely used in Chinese traditional medicine. This has only just been recognised as a threat and might effect the species chances of survival. This project aims at assessing this potential threat and raising awareness among local people. Field surveys on its habitat and food, intelligence-based investigation of the medicinal plants business, and some awareness classes and family visits will be conducted. The results could also contribute to the management of this nature reserve. 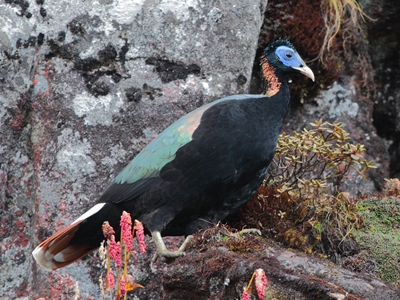