Vietnam lies within the Indo-Burma biodiversity hotspot, which itself makes up the central part of the East Asian-Australasian Flyway. Declines of migratory shorebirds have been largely attributed to habitat loss, while hunting was often overlooked. This proposal is an original and ground-breaking project which aims to benefit threatened migratory species, such as the Critically Endangered spoon-billed sandpiper and Endangered black-faced spoonbill. Due to hunting pressure in this region, there was no confirmed record of the spoon-billed sandpiper over the last ten years, while others are declining rapidly. This project aims to: i) investigate hunting pressure in the Red River Delta Biosphere Reserve in northern Vietnam; and ii) establish a local conservation committee and community conservation teams to participate in shorebird conservation activities. The project’s long-term goal is to create a safe habitat for migratory birds to return to through community engagement, and strengthening law enforcement efforts to prevent poaching of endangered shorebirds. 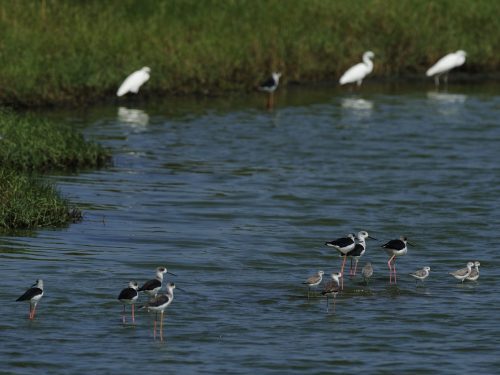