Thresher sharks have recently been added to the Convention on International Trade in Endangered Species (CITES, Appendix II). Despite international concern, international trade is increasing and thresher sharks are not specifically highlighted for protection in Indonesia. Thresher sharks contributed more than 50% of bycatch recorded in tuna vessels and the population has declined by over 80% in the past 13 years. However, in several regions, heavily pregnant and juvenile thresher sharks are frequently caught in great numbers while specific information about habitat use and population-risk status are still lacking to control the fisheries. The project will combine fisheries surveys, satellite tagging analysis, citizen science and interviews to identify drivers behind the decline of thresher shark population, identify critical habitat, movement and aggregation sites whether nursery areas are existing, understand  demands on thresher shark from fishing communities in Alor and raise community awareness about thresher shark conservation. The conservation measures in the local and international scales will be supported by producing a critical habitat map showing nursery and/or aggregations sites, educational materials and recommendations for governmental institutions. 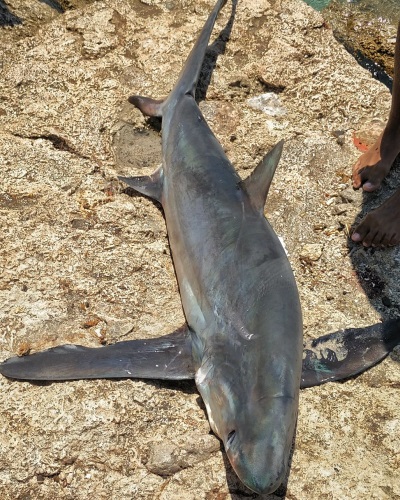