Research and conservation of the velvet scoter in Georgia

The Tabatskuri Lake in Georgia holds the last geographically isolated breeding population of velvet scoter ducks (Melanitta fusca, listed as Vulnerable on the IUCN Red List) in the Caucasus. Our previous CLP project on the velvet scoter conducted in 2017-2018 revealed that 25-35 pairs are present only at Lake Tabatskuri in Georgia, but that substantially fewer pairs actually nest at the lake, and the overall reproductive success was quite poor. Competition over nesting sites and predation on velvet scoter ducklings by gulls, disturbance and removal of eggs by fishermen, and drowning of ducklings by inactive or abandoned fishing nets could be contributing to poor overall reproductive success. Conservation actions to ameliorate some of these factors have already been initiated, but further research, monitoring, and conservation is needed to safeguard the scoters' future.

This project aims to determine the direct causes of the velvet scoters' poor reproductive success by conducting in-depth detailed studies, including: studying the competitive interaction of the velvet scoters with other existent animals; systematic monitoring of the ducklings to determine threats that affect them; studying the important staging and wintering areas of velvet scoters; and conducting genetic analysis. The project also aims to raise awareness of the local residents about the species, biodiversity and conservation. Based on these in-depth detailed studies, a long-term action plan will be designed for the conservation of velvet scoters at Lake Tabatskuri, in the hope of safeguarding future generations of this small disjunct population at its last location in the Caucasus. 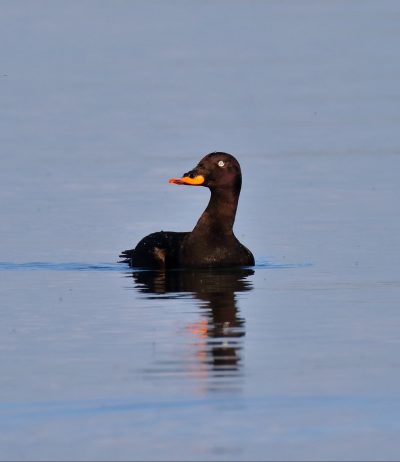