According to various research findings, the white-rumped vulture, slender-billed vulture and red-headed vulture have been declining in South Asia, including in Nepal, since the 1990s. All three species are categorized as Critically Endangered by the IUCN. The major cause of the decline has been confirmed to be poisoning by the toxic drug, diclofenac. More than a decade of conservation efforts to stop the use of diclofenac, combined with the provision of safe food, has resulted in the partial recovery of these vulture species, however, use of other toxic drugs such as ketoprofen and nimesulide still remain important conservation challenges with poisoning still causing mass mortality in vulture populations. Therefore, this project aims to address these challenges by reducing the use of toxic drugs and their exposure to vultures, and provisioning safe food to vultures in critical habitats in east Nawalparasi, Kaski, Palpa, Kapilvastu and Dang districts of Nepal. The project will use a collaborative process to involve relevant stakeholders during the project implementation. 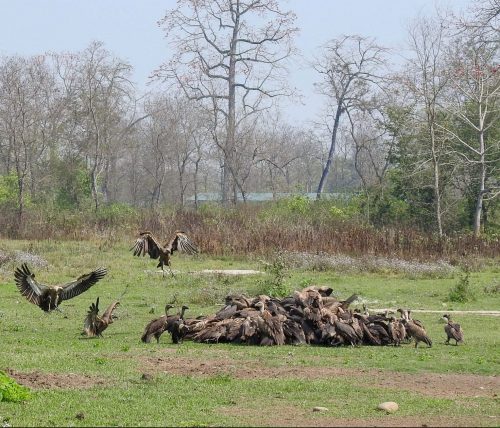