This project is based in the Angola section of the Kavango - Zambezi Transfrontier Conservation Area (KAZA), the world’s largest transfrontier conservation area and Africa’s largest conservation landscape. Luengue-Luiana and Mavinga National Parks have been only recently designated, and little is known about the presence, distribution, and abundance of key species within this section of KAZA. This project will fill this lack of knowledge by completing a wildlife inventory using camera traps in these two national parks. In addition to providing critical information on wildlife, this project will also examine the presence and distribution of anthropogenic threats to wildlife in the study area.

This project will then produce recommendations for improved management and protection of the Angolan KAZA areas for the Angolan wildlife authorities, including identifying key threats to wildlife and recommendations on how to mitigate them. In addition, national park staff will receive training on how to conduct similar camera trapping studies in the future. Identifying key areas and creating a baseline assessment of the population status of large carnivores and other wildlife, this project will provide the data against which we can measure the effectiveness of future conservation actions in the study area. 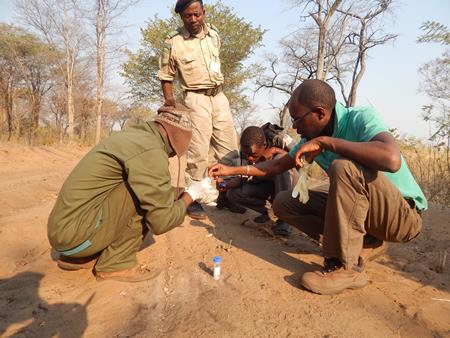