Wildlife survey in a proposed Protected Area in Afghanistan

The project aims at better understanding the wildlife status in the Shah Foladi Mountains in Afghanistan after nearly four decades of war. Anecdotal evidence, interviews with local communities and habitat suitability suggest that a number of large mammals inhabit the area, potentially including Persian Leopard (Panthera pardus saxicolor), urial (Urial orientalis) and wild goat (Capra aegagrus). The study is the first of its kind in the area to identify the last remaining larger fauna of this mountainous region using non-invasive techniques such as camera trapping, field surveys and interviews. Data will be gathered in a participatory manner with the aim to build a network of conservation minded locals. The results of this study will facilitate the establishment of the protected area by providing important baseline data, increasing awareness about the benefits of conservation in the area and providing science-based recommendations for protected area management. 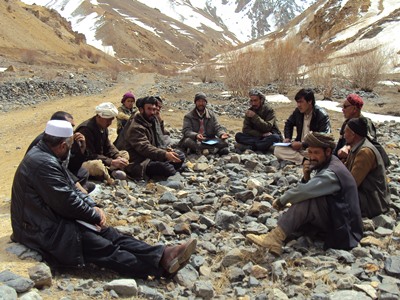