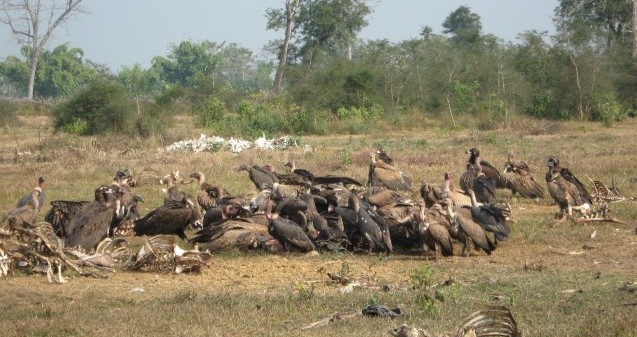 The World Conservation Union in the Netherlands (IUCN-Netherlands) is offering grants up to €85 thousand for the purchase and protection of threatened wildlife habitats and vulnerable ecosystems in Asia, Asia-Pacific countries, Africa, and Latin America. The grants are for qualified and experienced local NGOs. The deadline for applications is 01 May 2021.

We enable nature organisations all over the world to purchase endangered natural habitats. This allows us to expand, connect and safeguard habitats for endangered species.
View on Facebook
·Share

The IUCN's #GlobalYouthSummit continues to shine a light on the incredible efforts of young people across the world.

Our networking sessions earlier this week were truly eye-opening! One discussion focused on career-defining turning points. One participant, a 15 year old girl from Kenya, said, "Don't be afraid to start your own movement."

What would be your career-defining turning point? Tell us in the comments!

Our recent interview with CLP alum Allwin Jesudasan, Director of the Madras Crocodile Bank Trust/Centre for Herpetology, is out!

There's no doubt Allwin has some truly remarkable stories to tell. From stalking king cobras in the Western Ghats, to keeping the largest reptilian zoo in India running amid the financial pressures of a pandemic.

Read about these and other stories here: www.conservationleadershipprogramme.org/interview/rescuing-reptiles-reaping-rewards/

Can you relate to Allwin's experiences? Tell us how by commenting on this post!

Photo of Allwin holding a baby anaconda by Faizan Ansari

What do you know about the Asian small-clawed otter? Find out in the first of a new series of "Species Snapshots" in The Revelator, written by CLP alum Muntasir Akash of the Northeast Bangladesh Carnivore Conservation Initiative.

Read how the smallest of the world's 13 otter species is facing a myriad of threats ranging from poaching for fur, to capture for the illegal pet trade, and what we can do about it.
therevelator.org/species-snapshot-small-clawed-otter/

Species Snapshot: The Asian Small-Clawed Otter — A Victim of the Pet Trade • The Revelator

This fish-eating small carnivore still lives in forests of northeastern Bangladesh and other countries. But it faces increasing threats.
View on Facebook
·Share

The pictures shown in the article is Smooth-coated Otter not Asian Small clawed otter. Cocked well but presented pesimestic...

The U.S. Fish and Wildlife Service is inviting applications for its Latin America Regional Programme!

The goal of the programme is to provide financial assistance to projects that conserve priority species, habitats and ecological processes across landscapes with high biodiversity value in the region.

Funding for individual projects is between US$100 thousand and US$200 thousand. Eligibility for grants extends to governments, non-profit organisations and universities. The deadline for applications is 30 April, 2021.