The Conservation Leadership Programme has been supporting the project: Protecting the horseshoe bats of Romania: Transboundary conservation of horseshoe bats in the Romanian-Serbian Iron Gates led by Szilárd-Lehel Bücs with funding, training and support since 2014. Henry Rees, programme officer speaks about visiting the project, the cross borders impact of their work, and the critical importance of bats in Romania. 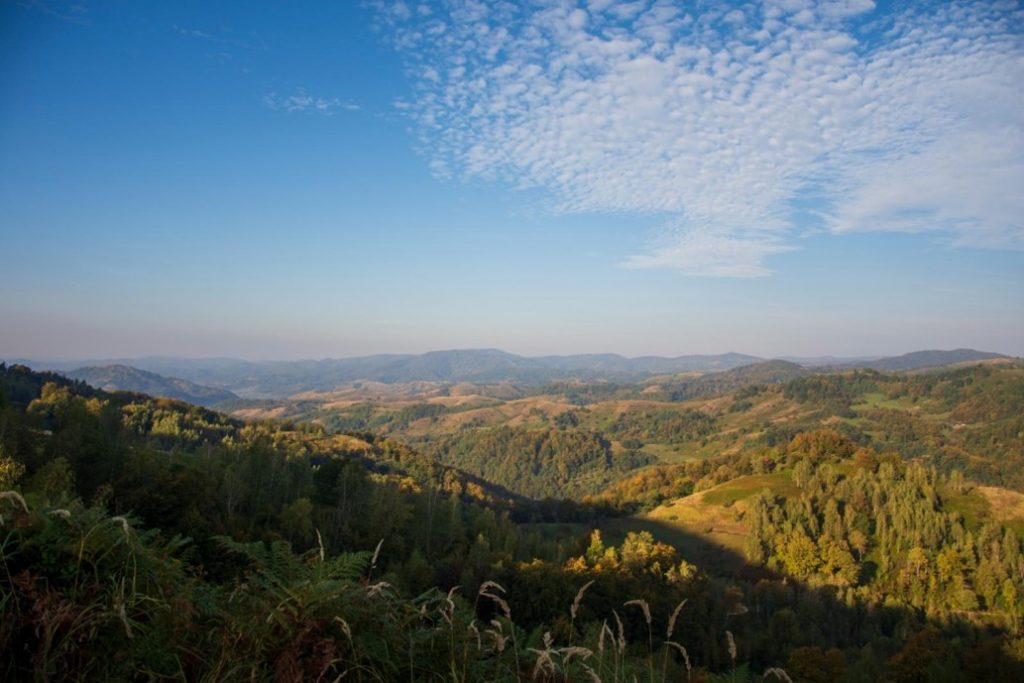 Romania is a unique and highly important country for global biodiversity conservation. Boasting a high proportion of intact natural ecosystems, it is home to many charismatic species such as one third of Europe’s brown bear population and one quarter of Europe’s wolves. However, it is not just the large mammals. Due to its dense countrywide network of forests, cave systems, bridges and buildings, Romania is also home to one of the most important and diverse bat populations in Europe. In fact, two of the largest bat colonies in Europe are found in Romania, with roughly 70,000 bats in each! 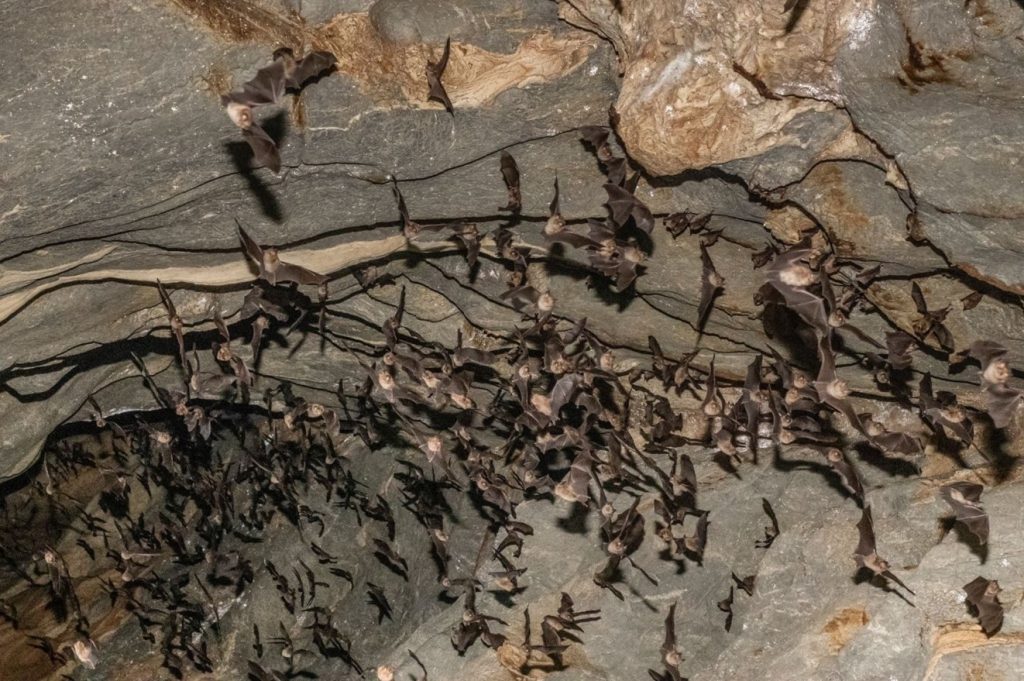 A crucial species for our planet

Bats are both incredibly important and also one of the most misunderstood species in the world.

Bats are long-lived, with a lifespan of roughly 17 years. They are also very wide ranging and are capable of roosting in a wide variety of habitats (as mentioned above). Life therefore isn’t so easy for a conservationist looking to protect bats as you may find yourself having to work over large distances… even across country borders. Preliminary data has shown that bat populations in Romania and neighboring Serbia are connected. Since 2015 conservationists have observed that bats are migrating across the country border, breeding in summer in Serbia, then roosting and hibernating in Romania during the winter. 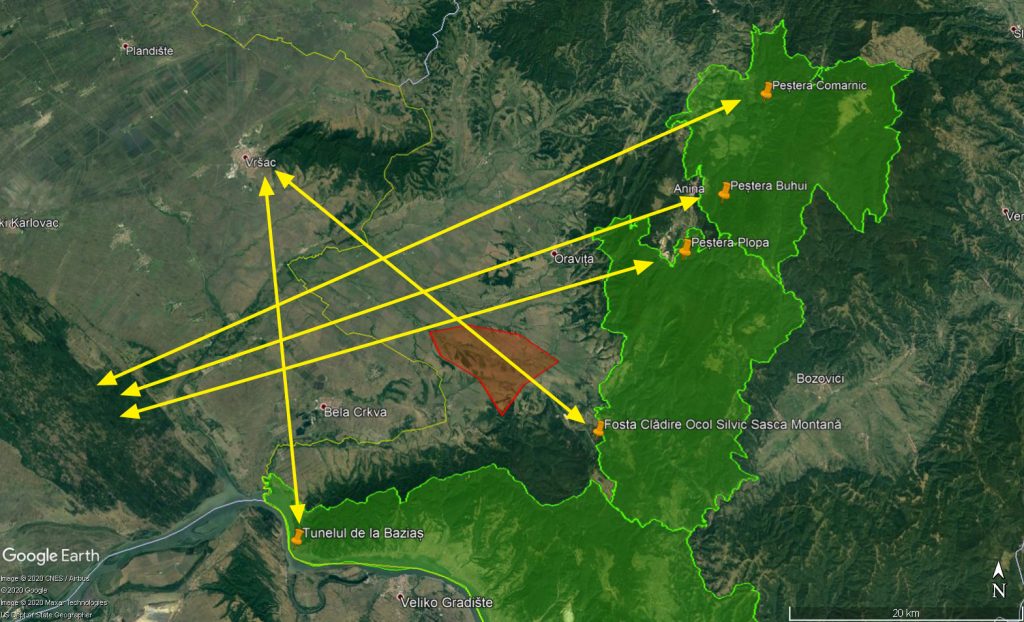 Each year many people visit and enjoy Romania and Serbia’s protected areas, exploring and visiting local cave systems and forests. As a result, bat colonies can be regularly disturbed, intentionally and unintentionally, on both sides of the border. Also, very little information on bats and bat populations can be found in protected areas visitor centers or at attractive tourist spots.

Because of the transboundary nature of these populations, conservation measures need to be implemented consistently in both Romania and Serbia, and I would like to introduce you to Szilard’s team who are aiming to do just that. 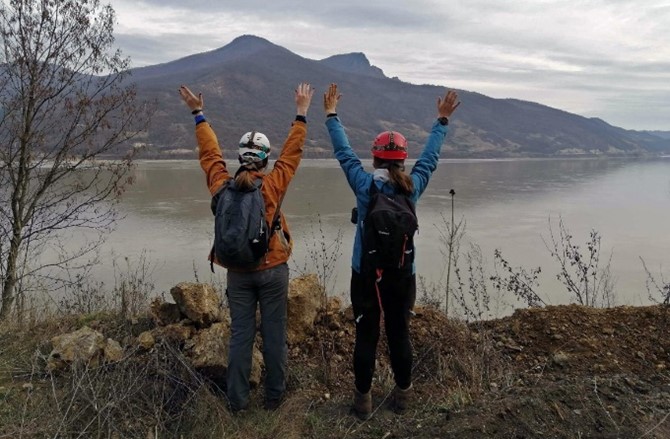 Szilárd-Lehel Bücs, an expert on bats who leads the team with 18 years of involvement with bat monitoring and conservation across Romania. Szilard’s team consists of 8 bat conservationists working in both in Romania and Serbia. While experienced in conducting bat surveys, each team member also brings another string to the collective bow

Mircea Jumanca is an expert in cave exploration and restoration, whereas Ildikó Gönczi Vass is an expert in marketing and communications. All roles are essential in making a project and a group like this succeed, another reminder than conservation needs everyone to make tangible change.

The team was initially granted a Future Conservationist Award by CLP in 2014 where they worked to understand the threats facing Horseshoe bats in Romania and raise awareness about their conservation in local schools. During their first project, the team also restored a building that is home to a colony of 700 bats made up of 3 species (greater horseshoe bat, Mediterranean horseshoe bat and Geoffroy’s bat). Previously, the building was in an advanced state of degradation, making a large part of the roof completely unsuitable for bats. Bat colonies return to the same roosting sites each year, making the loss of this habitat devastating. When I returned to this site with the team in 2022, the number of roosting bats had been restored to around 700 individuals. This was heartening to see, and showed me the ongoing impacts that projects can have even after they finish. 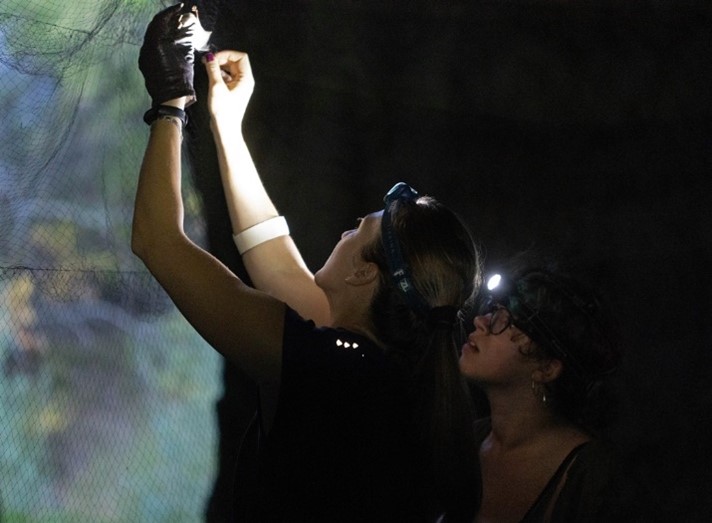 Protecting the Homes of Horseshoe Bats 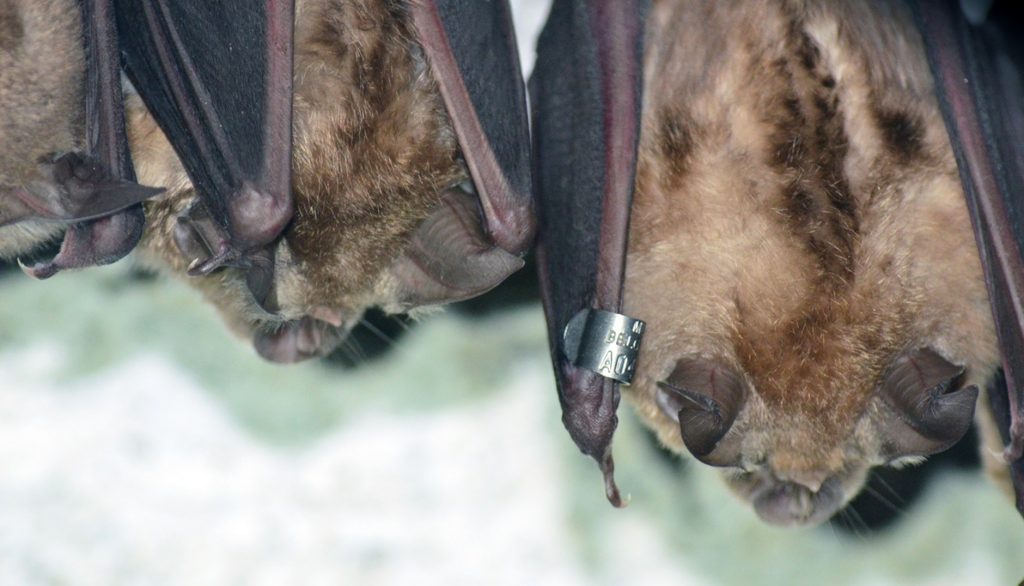 Due to the presence of thermal springs in the Domogled – Cerna Valley National Park of Romania, these are a very popular destination for tourism. But thermal caves are also popular destinations for bats to form maternity colonies that benefit from this heat.

One such thermal cave that, despite being identified as the only site for lesser horseshoe bat maternity colony in the region, is considered to be one of the most threatened caves of the Iron Gates region. In recent years, a gate was installed over the entrance to prevent human entry (the cave entrance is basically in the parking lot of the nearby hotel). But this gate had narrow, vertical bars, that are considered not really friendly for bats.

In 2022 with CLP funding, the team was able to protect this important habitat from disturbance for the foreseeable future. The team secured a permit from local authorities to remove the existing gate and replace it with a new gate made of stronger metal with horizontal bars, making it much more suitable for bats to fly through.

The team also helps mitigate human disturbance by designing and installing detailed information boards outside of cave entrances. Coupled with creating interactive displays to be placed in Romanian and Serbian protected area visitor centers, the team hope to improve local understanding of bat conservation and habitat use. The team plans to install information boards in 11 locations, 9 in Romania and 2 in Serbia.

Szilárd and his team are pioneering transboundary conservation approaches and we are eager to see how their project will grow in the future. The Romanian and Serbian teams are currently planning to reunite to conduct the winter / hibernation survey in Romania, together.

Every year CLP supports hundreds of projects, just like Szilárd’s, which are making real, tangible impact across the world. This project is one thread of a tapestry of habitat preservation and conservation projects which are leading to real change for our planet. 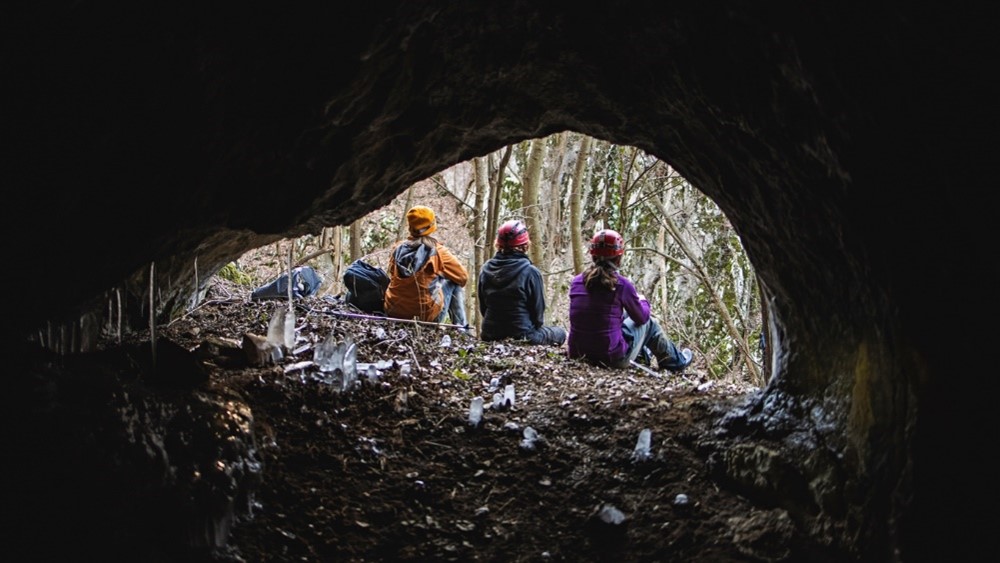 Conservation Leadership Programme (CLP) is a partnership of three of the world’s leading conservation organisations – BirdLife International, Fauna & Flora International (FFI) and the Wildlife Conservation Society (WCS). For over 35 years, CLP has directed project funding, training, mentorship and other career-building opportunities to early-career conservationists from developing countries who are tackling key conservation challenges. Our alumni comprise a network of approximately 3,000 conservation practitioners from over 100 countries, many of whom have led vital steps forward in conservation after gaining CLP support. CLP is grateful to our partnership organisations and donors for continuing to support our work and the conservation actions of our alumni.