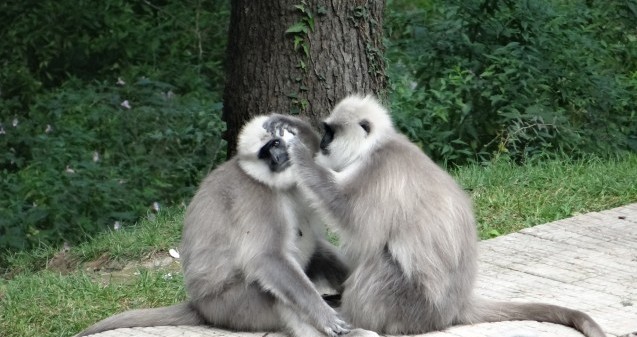 Make sure you don't miss out on a CLP Team Award this year! There's less than one month to go until the deadline on 23rd October 2020, so don't forget to submit your applications here: www.conservationleadershipprogramme.org/grants/grant-overview/ ... See MoreSee Less

Here's your chance to join the "Sherlock Holmes" of sawfish, Matthew McDavitt, for what's set to be a fascinating introduction to these threatened toothy fish. Don't miss it tomorrow, 9-10.30 (GMT+7)!

The Cambridge Conservation Initiative is inviting applications for Tony Whitten Conservation Awards (each worth GBP £2,000) up until 1 November 2020.

In tribute to the inspirational conservationist, Tony Whitten (1953–2017), the Award is open to early-career conservationists and biodiversity researchers under the age of 35, working in east and south-east Asia.
www.cambridgeconservation.org/about/tony-whitten-conservation-award/ ... See MoreSee Less

Tony Whitten (1953–2017) was an inspirational conservationist who championed biodiversity across Asia and beyond, working as Senior Biodiversity Specialist at the World Bank and more recently as Dir...
View on Facebook
·Share

Make sure you register to secure your place! ... See MoreSee Less

How can I join?

We couldn't be more proud of our alum, Mridul Bora, for winning a prestigious 30Under30 Award from the North American Association for Environmental Education - NAAEE.

Mridul works to reduce human-leopard conflict in India by educating local people about the issue. This year, Mridul is one of 150 individuals around the world who have been recognised by the NAAEE for making a difference through environmental education.

Please join us in congratulating Mridul on this brilliant achievement! #WeAreCLP