Rescuing reptiles and reaping the rewards

Allwin Jesudasan is the Director of the Madras Crocodile Bank Trust and Centre for Herpetology (MCBT/CFH) in India. He first joined the CLP alumni network a decade ago, and now oversees the running of the largest reptilian zoo in India as well as conservation projects across the country. Below he shares his journey with us—from eye-opening conversations with his father as a young boy, to stalking king cobras in India’s Western Ghats and overcoming financial pressures amid the COVID-19 pandemic. 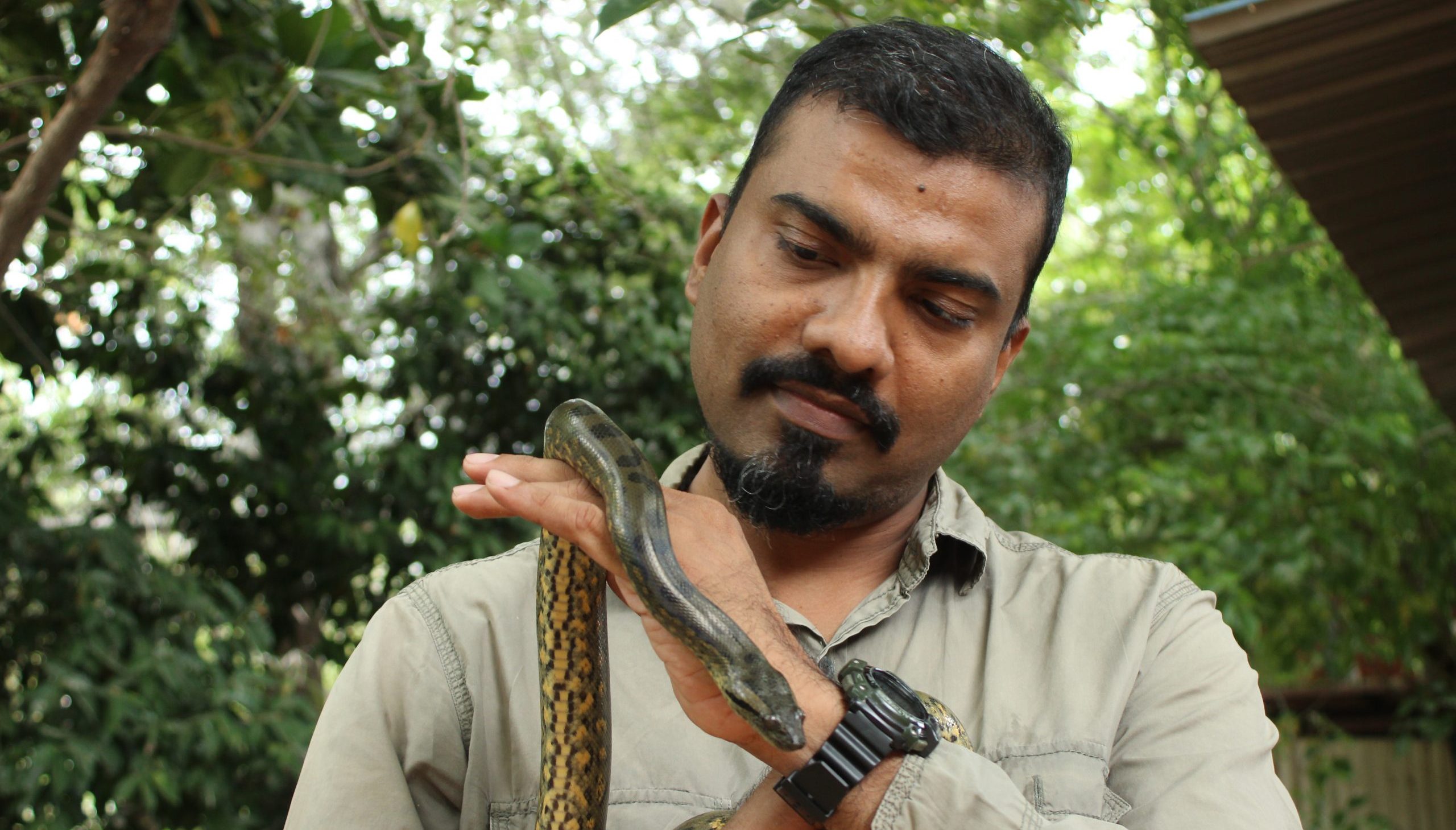 What led you to pursue a career in conservation?

I have asked myself this question and pondered over it quite a bit. I have come to realise that my decision to work in conservation is definitely rooted in several things that happened in my childhood. Spirituality, long conversations with my father, images I saw on TV, and experiences in the wild all interacted in a way that made me decide that this is the path I will tread. I don’t regret it at all and feel that each passing day spent in this field is more rewarding than the previous one.

Has your conservation work always been rewarding for you?

My time in wildlife conservation has been very exciting and rewarding. In our 2010 CLP project (led by KS Seshadri) my job was primarily to help educate the local community about the amphibians around them. At least one kid in the landscape grew up to pursue conservation as a full-time career, which was incredibly rewarding.

Other big rewards from our CLP project have to be the discovery of a new frog species by our team, as well as the production of a first-of-its-kind bilingual pocket guide to the amphibians in our study area. I think with these contributions, the local authorities are slowly recognizing that frogs are important and that they must be conserved. Our team also pioneered the art of automated sound recordings a decade before it became common practice.

But conservation work of course comes with a few challenges. One of the biggest challenges we faced during our CLP project was to convince the people in power to acknowledge that frogs were important and provide us with the necessary research permits.

You were recently promoted to the Director of the Madras Crocodile Bank Trust and Centre for Herpetology. What do you think are the main reasons underpinning your success?

Having a clear long-term goal helped me look at any immediate challenges as a mere pathway and so this helped me solve problems without fretting too much. Also, I have always been blessed with encouraging colleagues and nurturing bosses. Lastly, despite my voluntary acceptance of a not-so financially rewarding career option, my family has been very supportive and encouraging. These are the three primary reasons for everything I have been able to do until now.

What does your role involve?

I have a very exciting job that expands my skill limits every day. I oversee the running of the largest reptilian zoo in India as well as the functioning of a field station and conservation projects spread across the country.

At our field station in Agumbe, we have an excellent team, led by my colleague Ajay Giri, which focuses on resolving human-snake conflict. The conflicts predominantly involve king cobras. Agumbe is one of the few places where research, education and conservation come together very well.  Our team uses every conflict as an opportunity to educate people on the ecology of animals and how they can co-exist with them. All the information that our team uses is based on long-term ecological studies. Ajay and his team are so good that they convince people to release rescued king cobras barely a few feet away from their houses!

Snake bites are another issue that I have been working on. Over 50,000 people in India die tragically every year due to snake bites and we have been working with a plethora of partners across India on this complicated issue. It’s too early to see actual results on the ground, but there has definitely been an improvement in the way people have started to acknowledge the problem and accept that something needs to be done.

For example, the World Health Organisation (WHO) has declared Snakebite Envenomation as a Neglected Tropical Disease. I am on the roster of experts for WHO that help with the strategic plan for control and prevention of snakebite. Looking at the snakebite problems in India through a global lens has been very helpful in bringing together a diverse group of organisations, institutions and individuals to work towards overcoming the problem.

Reflecting on your past, what has been one of your most memorable experiences so far?

My favourite experiences are the ones where I see an inexplicable connection between nature and humans. I had one such experience recently with my colleague Ajay Giri and a king cobra. 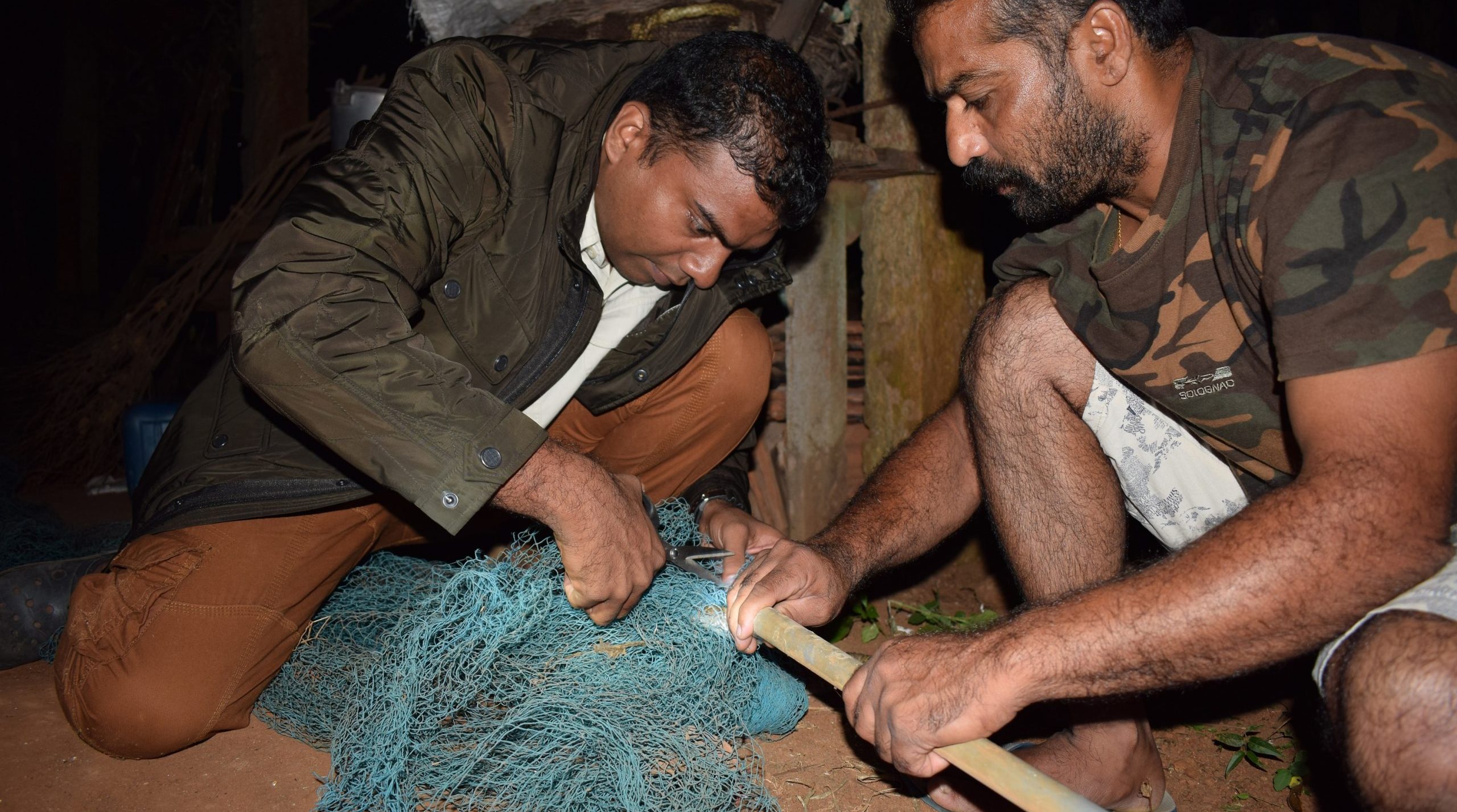 One afternoon, Ajay and I were following a radio-tagged king cobra in a forested area in the Western Ghats. We were carrying an antenna, a receiver and some food, as the plan was to follow the snake through the day. We always kept our distance to ensure the cobra behaved naturally. At one point, we couldn’t continue any further because we were blocked by vast, thick, impenetrable bushes.

I was worried because once we lose sight of a snake, it’s very difficult to spot it even if it’s radio-tagged.

I looked to Ajay for help. He has been working with kings for close to a decade and he’d know what to do. He pondered for a couple of minutes and then said, “I think I know where it’s going.” Even though that’s a strange thing to hear, I didn’t doubt what he was saying. I was just curious to see how it all turned out.

He led the way around the thick forest and we walked for about 500 metres. We came to a relatively clear spot and Ajay said that we should just wait there. He then pointed to a direction and said, “The king will come from there, pass right before us, and then go into that burrow. Once we know it’s coming, we should just stay still and not move until it goes fully into the burrow.”

This seemed like a script; I followed Ajay’s instruction and was very excited to see what would happen. After a few minutes, lo and behold, the king appeared in exactly the spot Ajay had pointed to, and did exactly what he said it would do. Because we stood still, the king didn’t pay any attention to us even though it passed very close to us.

Within a 500 metre radius from where we last saw it, the snake could have gone anywhere, and there we were in a patch that was barely 10 metres wide doing exactly what Ajay predicted. I was just amazed and asked Ajay what led him to believe that the snake would behave in the manner it did. He replied saying, “I just know”. I feel privileged to have worked with people like Ajay who have such a deep connection with nature and the species they study. 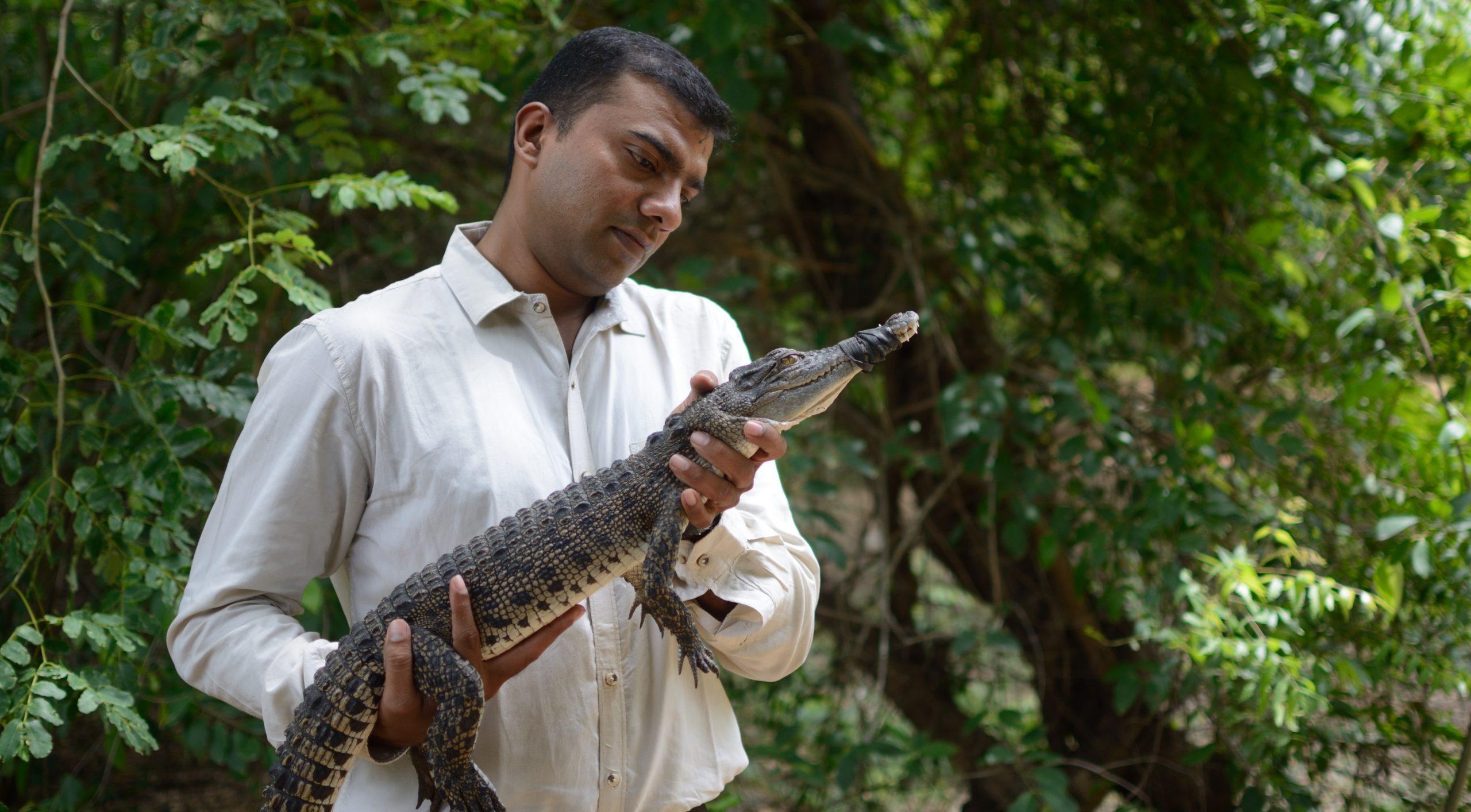 Are there any difficulties you are currently facing and how are you overcoming these?

The most recent difficulty we’ve faced is the financial impact of COVID-19. Our zoo was closed to the public for nine months, which had us very worried in the initial months because of lost ticket income. We ran a couple of fundraising campaigns and our patrons came out in overwhelming support. My colleagues stepped up and rapidly adapted to run successful paid virtual programs. This fantastic effort by my colleagues resulted in us having our best financial year ever (in India, the financial year runs from April to March).

However, I think the bigger impact of COVID-19 is going to be a psychological one. I mean this at multiple levels – individual, group and society as a whole. For example, my colleagues have gone beyond their skill-set spectacularly to adapt to a post-COVID world. This has worked very well for us, but my sense is that it won’t be without a cost. Employee burn-out is an obvious risk that we can potentially look out for. But all this process of adaptation has also changed the way my colleagues look at the present and the future. I am unclear how this will manifest itself and so we have to be on our toes to address these concerns as they emerge.

Do you think joining the CLP alumni network helped you get where you are today?

Oh yes, most definitely!!! The entire CLP team, especially Christina Imrich (CLP/WCS Program Manager), has been very supportive and encouraging in ways that are difficult to describe. I was quite early in my career when I attended the CLP workshop during the 2013 International Congress for Conservation Biology conference in Baltimore, Maryland. These helped me learn quite a bit about community engagement ideas as well as fundraising, and I gained so much confidence from interactions with the workshop trainers and practitioners.

As well as the training programme, CLP has helped me travel to four conferences outside India. The effect of attending and giving talks at these conferences is helpful in so many ways – building a network, gaining confidence, showcasing my work, getting inspired by new ideas and people, being exposed to new cultures – the list is so long. The best part is that the relationship has continued even so many years after we won the award. I would definitely describe my relationship with CLP as a career-defining one.

What advice would you give to conservationists just starting out in their career?

What are your future plans?

The future looks very exciting and filled with potential. I will continue to work on reptile conservation, picking specific problems to solve. Also, I feel I should start looking into contributing to non-profits in other fields. I’ve noticed many non-profits weren’t able to deal with the financial impact of COVID-19 effectively. I want to help them prepare and overcome any future financial crises.

We have gone beyond our skill-set to adapt to a post-COVID world... this has worked very well for us, but my sense is that it won’t be without a cost... so we have to be on our toes to address these concerns as they emerge. 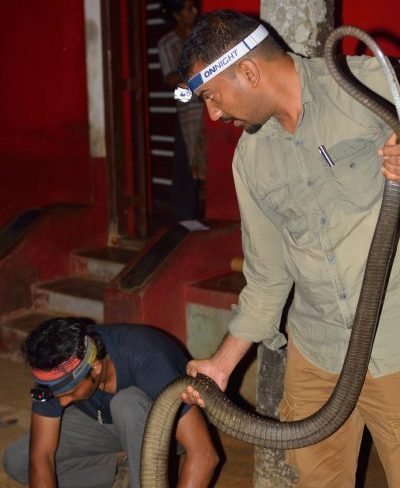